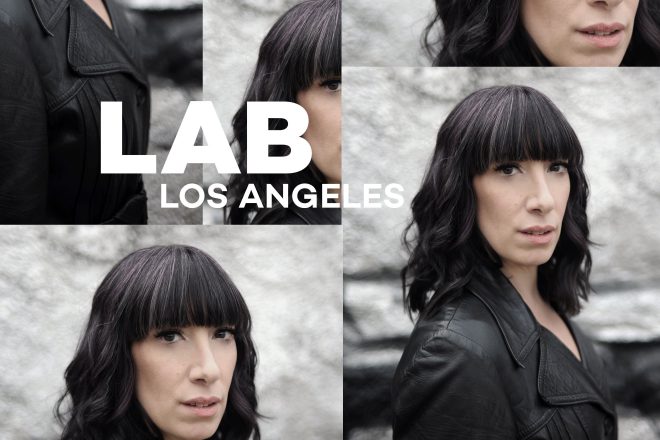 The Lab LA is BULLDOG and Mixmag's weekly live stream and post-work unwind, where we showcase the finest DJs direct from our LA office. This Friday, December 6, we welcome Lady Starlight to the fold with a very special live set.

Colleen Martin aka Lady Starlight is true techno visionary. Her whirlwind live performances encompass everything that's special about the sound. Raw power, sheer velocity and no compromise are themes that run through every set she plays.

Techno purists will recognize her for her live performances with Surgeon, a formidable pairing, and also her recent releases via Len Faki's Figure imprint and Lucy's Stroboscopic Artefacts label. The masses however may be more accustomed to her work due to her frequent collaborations and long-standing relationship with Lady Gaga.

The two have been close for many years and they hosted parties together in New York called New York Street Revival and Trash Dance. Lady Starlight has been the supporting act and opening performer on three of Lady Gaga's world tours, including 2014's critically acclaimed ArtPop tour.

Pop fans expecting a warm-up that ease you in to the gig will have been mistaken however as Martin's unflinching techno sound was brought to thousands of fans around the globe.

A truly unique artist with a heralded approach to techno, we're thrilled to host Lady Starlight with a live set in the Lab LA ahead of her gig at Techno Before Christmas alongside Alessandro Adriani and Sarah Strandberg.

On warm up duties we have Verdult. The artist has been developing her sounds throughout the years primarily from galleries to runway shows, fashion afterparties, film sets and in between underground venues.

Previously living in New York, Verdult's influence from Brooklyn highly attuned her nostalgic and cinematic expression to give the audience a visual yet auditory sensation due to her synesthesia. Back to the motherland, Southern California, where her Dutch father inspired experimental digging as an audiophilic collector himself from classical ballads to opera, she grew up balancing her more playful side of her Japanese mother raising her on soulful Motown and Disco.

She presents the crowd with an emotionally driven blend of house, techno, breakbeat, electro and experimental sounds.

You can RSVP to the event here

The Lab is powered by Void Acoustics