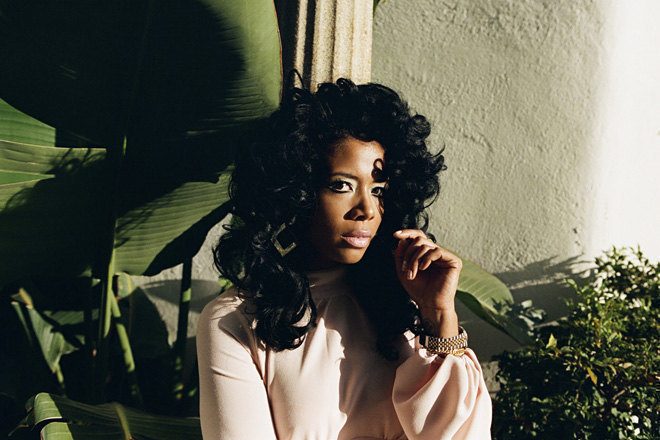 Kelis has dropped her first single in over seven years, titled ‘Midnight Snacks’.

On Friday, the R&B singer and songwriter released her new track alongside a music video, seeing Kelis adorned in a silk pink gown. ‘Midnight Snacks’ is the first new music from Kelis since 2014’s ‘Food’.

Kelis first announced the new single at the end of September, posting a picture of the cover on Instagram captioned “I’m just sayin”. Last week, she posted a sneak peek of the track with a short clip, telling her followers that it had been a “long time coming”.

The singer linked her love for both food and sex in this alluring three-minute track, saying: “I like the fact that you can take sex and food, and you can put these two things together, and they’re totally interchangeable. I love that.”

The track, produced by The Fanatix - a trio of soundsystem DJs - first emerged after a beat was formed by the producers.

“I heard the beat, thought it was dope, and the first thing that came to mind was ‘Midnight Snacks,’” she said on the project. “I was like, ‘It makes you feel like a midnight snack!’ And that was it. It’s funny to me.”

The last non-music project from Kelis was also food-related, last year she teamed up with Netflix to create ‘Cooked with Cannabis’, a TV show where she makes food with weed.

Read this next: Kelis has accused ex-husband Nas of domestic violence

The R&B singer has also previously released a cookbook and dedicates her Instagram to the food she makes at home, giving tips and recipes to her followers.

“The idea is just that food is a very carnal thing. Everyone can relate to it. It’s very human, it’s sensual, it’s something that you crave. And it’s sexy,” she said about her relationship with food.