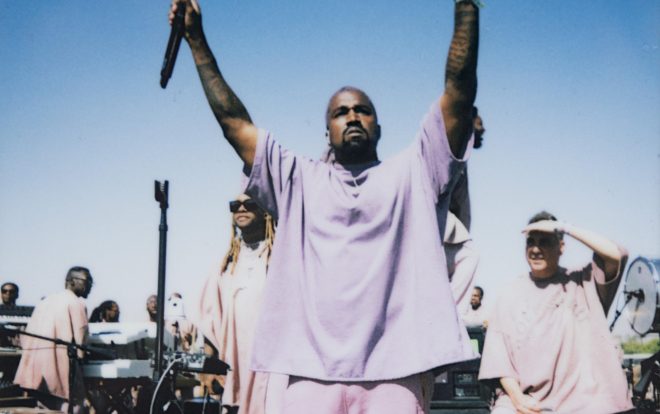 Kanye West has been given kudos for donating almost 4,000 toys to children in Chicago this weekend.

According to the city Alderman, Stephanie Coleman, Ye has been likened to a "modern-day Santa Claus” after bringing thousands of toys to a toy drive on Sunday, December 19, in Chicago’s South Side town of Englewood.

The Alderman told ABC7: “I’m so proud that Kanye is, once again, responding to our request to help the children of Englewood and beyond.”

Read this next: Kanye West's signed 'DONDA' vest has sold for £75k at auction

“He is no stranger to our community. His presence has always been felt in our neighborhoods and he loves visiting, but this Christmas he has truly been our modern-day Santa Claus.”

While families waited for their toys, some of which given by other local donors including local business owners, community leaders, and residents, they were also treated to food and games along with a few prizes.

Ye’s gesture comes just weeks after his commitment to tackling homelessness in LA, in which he met CEO of charity Los Angeles Mission to discuss the issue and how to help.

The rapper allegedly gave 1,000 meals to the organisation, and also teamed up with other charities to discuss food supplies, education, jobs, and housing. Ye also made the same commitment to tackling homelessness when he ran for president last year.

Just a week later, Ye told culture magazine 032c that he had a vision of a bygone capitalist world, and wanted to “change” the way we consume and live.

“We are under capitalist rule, and it’s killing us. I’m going to be homeless in a year. I’m going to turn all the homes I own into churches,” he said.

“We’re making this orphanage, and it will be a place where anyone can go. It should be like an artist commune. Food should always be available.”