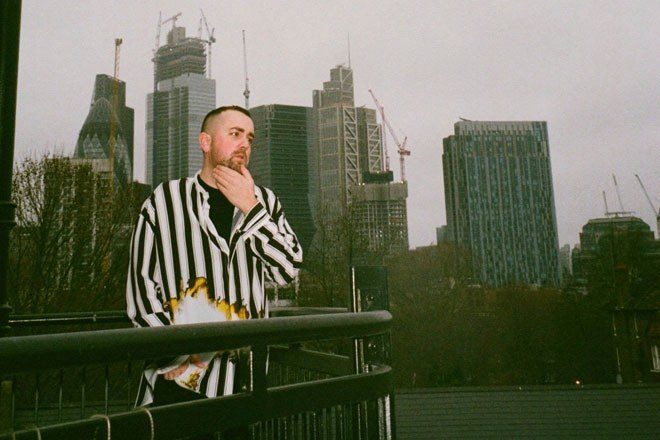 We caught up with him to talk about his residencies, his new music, Sink The Pink and more.

What was your reaction when you were asked to take up a residency at XOYO?

It was a bit mad. I’d been a fixture at the club for 3 years. I started there when Sink The Pink teamed up with The 2 Bears for their residency. It was Andy Peyton who spotted me and we worked together on Gloria’s. It was after one of the Black Madonna shows when Andy asked me to play weekly. I could see years of hard work paying off.

Do you find your residencies differ a lot between XOYO, Savage and Rinse FM?

My musical background and taste is pretty broad, so having a range of outlets is really rewarding.

Having a radio show really lets me get weird, I’m constantly digging for new music and a lot of what I find might not be suitable for the clubs but I still want to share it.

Savage has been a really important thing in my life. I’ve gotten to travel with some of my closest mates throwing mental parties including two summers in Ibiza at Glitterbox and many years at its home Metropolis in Bethnal Green.

It was from playing at Savage that landed me my residency at XOYO, each have become a part of my story up to this point.

Is there anything about XOYO you find particularly special?

It’s been my home for half my career as a DJ. The whole team have nurtured and supported me which is pretty rare. Moving into Room 1 with the new booth has been pretty special, you’re now fully immersed in the party. I’ve felt like I’ve grown with the club and when you know how to play the room it feels proper.

Can you discuss a bit about how your new record took shape?

I tend to overthink everything and go back to records and endlessly work on them. ‘Coarse’ was in production for ages, it was after I played it to Haai that she suggested getting a really epic mix down from this guy Marco in Amsterdam.

After getting the record back it felt ready. I road-tested it at the club and then sent it straight to Erol and a few months later I’ve got it physically in my hands.

What does this record mean to you?

I think I’ve finally found my sound. It contains elements of the last 10 years of records I’ve played. It’s been a few years since my self-released EP came out, but with finding a home on Phantasy it feels like the perfect introduction to what I want to sound like now.

What was it like working with Erol Alkan to put this record out?

It’s been an incredible process, Erol is super hands on, he was also the first person I sent the record to. Phantasy is an institution, it’s been a go-to label for me for years, so getting to be part of it and work with those guys feels pretty great.

Can you talk about the Justin Cudmore remix.

I’ve been a big fan of Justin’s work for ages, and I was made up that he wanted to work on the release. It’s the first record I’ve ever had remixed so I didn’t know what to expect. Justin’s remix has taken the record to a completely different space, allowing both records to shine.

What's your story with Sink The Pink?

I used to play the party when it was at Bethnal Green Working Men’s club years ago when it was sticky carpets, Malibu & Coke and a drag queen laying an egg to a Madonna medley. Why wouldn’t you want that in your life?

I’ve got a really broad taste in music and it actually challenged me and kept my mixing super tight and made me take risks musically. I’ve gotten to play festival main stages to 4000-capacity clubs with this party, so It’s helped keep the nerves at bay.

What does the LGBTQI underground scene mean to you as a DJ?

As a weird gay kid I never really felt at home anywhere, I moved to London 12 years ago for university and always wanted more. The scene became my home and embraced me. It’s also home to some of the best musical talent out there. I’ve gotten my musical education from these guys and cut my teeth on these dancefloors. Plus gays throw the best parties.