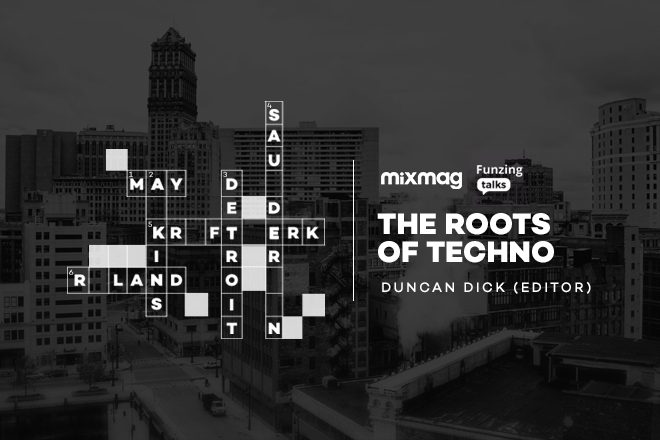 From the Warehouse Project to Warung, Berghain to Burning Man, techno is the dominant sound of global dance music.

Going beyond the story of how three schoolfriends from the suburbs of Detroit – Juan Atkins, Kevin Saunderson and Derrick May – invented the genre back in the 1980s, this talk by Mixmag Editor Duncan Dick draws on the magazine’s archives, interview material, and of course the music, to celebrate the 'Belleville Three', explore the global influences, from Kraftwerk to Roland to The Electrifying Mojo and the Ford factories of Detroit, that shaped the sound’s genesis – and show how its embrace by the clubs and artists of Europe helped nurture techno into the worldwide cultural force it has become over 30 years later.

The first of a series of Mixmag Talks in association with Funzing, Duncan will use audio and visuals to explore the birth and rise of the world’s underground sound in a unique location in East London: Juju’s Bar and Stage.

Get tickes here click attending on the FB event here.