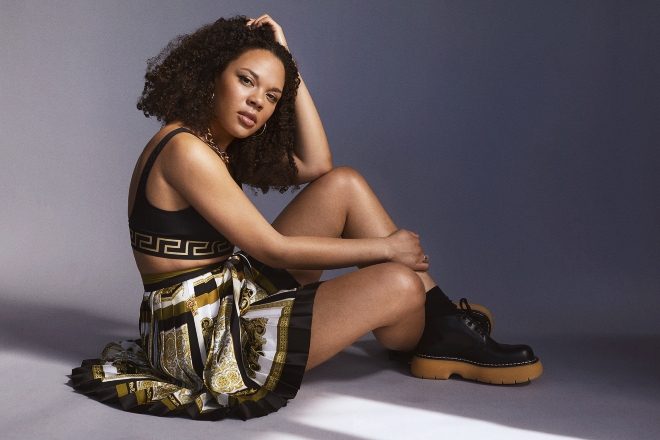 Jaguar is bringing a new podcast, UTOPIA Talks, to Spotify, Apple, and Acast this month.

The London-based DJ and presenter of the BBC Introducing Dance show announced the news of her new podcast on Twitter this morning.

Read this next: Jaguar launches Future1000 to redress gender imbalances in the music industry

The weekly podcast will explore the themes that the presenter holds close, from empowering voices in the world of dance music to expanding her tastes and dipping her toes into the newest music.

Read this next: Dive into 'R.O.A.R', a new podcast dedicated to 90s rave

“I want to live in a more inclusive, equal world, and I hope this podcast becomes a springboard for further discussion, builds a community and helps create change,” she says on the new show. The first episode of UTOPIA Talks will take us back to the dancefloor with a take on the return to raving.

Featuring The Blessed Madonna, Jayda G, Lauren Lo Sung, and Heidi, who all performed at Liverpool’s The First Dance pilot event in March, the DJ’s will discuss the power of reuniting and the importance of live music.

Following episodes are due to host the likes of Sama’ Abdulhadi, SHERELLE, Queer House Party and more.

Read this next: Jamz Supernova: "Saying no is easier when you're in a privileged position"

“I'm delighted to bring my podcast UTOPIA Talks into the world! My generation is passionate about creating change and breaking boundaries, and this podcast is a space for in-depth, meaty conversations about issues in dance music culture and the wider world,” says the presenter.

Jaguar also recently founded Future1000, an initiative to provide opportunities to women, trans and non-binary people working in the music industry. Available for those aged 12-18, the course teaches students to create electronic music and gives them a boost into the industry.

Watch a clip of UTOPIA Talks below, and tune in on June 30 for the first episode.

🔆 GOOD MORNING! 🔆 I am launching a podcast! Introducing… The UTOPIA Talks Podcast which drops next Wednesday (30th)! pic.twitter.com/Wo4UGLk4vT