Jack Grealish: “I’d be a club promoter in Ibiza if I wasn’t a footballer” - News - Mixmag
Home Latest News Menu 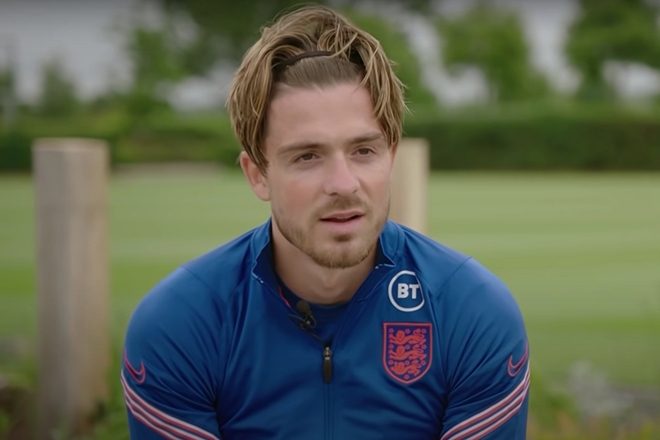 When asked what he would be doing if he wasn’t a footballer, and if he would have been a plasterer like his dad Kevin, the Aston Villa player replied: “I couldn’t be a plasterer. I’d be a club promoter. Tenerife or Ibiza. I would be getting everyone into the club.”

Grealish made a starring substitution appearance during England’s victory against Germany on Tuesday, which secured their place in the quarter finals, coming on to play a part in the build up of Raheem Sterling’s opening goal and providing the assist for Harry Kane to make it 2-0. Grealish also assisted Raheem Sterling’s winning goal in his only start of the tournament against Czech Republic.

If he wasn’t playing with the squad, Grealish said he would be down the pub with his mates watching the games.

He said: “If I wasn’t a footballer and I was just with my mates, I would just be doing what they’re doing. I’d be travelling everywhere watching England, being in pubs and stuff. I think I’d be at BoxPark. I’ve seen a few videos of that and it looked unreal.

“I’m just a normal kid and, as I’ve grown up [in football], that’s probably one of the hardest things. I speak to my family about it all the time because when I go out and do stuff and I look at what my friends are doing … I’d love to be like that sometimes and just go and do stuff.

“Of course, I’ve made mistakes. When I first came on the scene, no one knew me and I could do anything I wanted to and then, playing in the FA Cup semi-final and final for Villa [as a 19-year-old in 2015] … everyone knew who I was. It was difficult to deal with but I have matured so much. Deep down, I am still the same Jack. I will never not be that person.”

Grealish has emerged a fan favourite during the tournament thanks to his footballing ability and endearing personality, with many England fans calling for him to be given more game time by manager Gareth Southgate.

Talking about the fan reaction, Grealish said: “I’m loving it. It makes me so happy and proud when I hear the crowd singing my name. It could be too much pressure for some people but I just want to repay that. I always try and play with a smile on my face because I’m doing what I love.

“It’s nice when Villa fans are calling for you but you kind of expect it because you are one of them. When it’s England fans, it’s different. I get booed every single week by these fans. When I speak to my mum and dad, they think that it’s so nice people are not going: ‘Ah, if he was at Villa, we’d boo him every week.’ They are giving me that support and doing it for the whole team.”