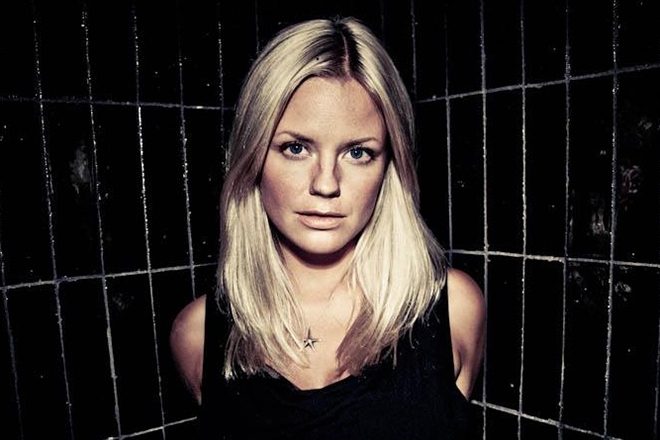 Ida Engberg has posted a message on Instagram about sexual harassment and assault in the music industry and the need to hold perpetrators to account.

The Swedish artist made the comments in the wake of the death of Erick Morillo and the tributes that have since been paid to the DJ.

She wrote: “Our dance music community should not be brushing the behavior of [Erick] Morillo under the carpet. We owe it to all women of our generation and to generations to come. We should not glorify rapists. Sickening to see how star struck our community is. Shame on us.”

Morillo was arrested on charges of sexual battery on a woman last month following an incident at his home in Miami Beach last December. He handed himself into the police after a rape kit tested positive for his DNA.

Ida Engberg added: “After a long late night discussion in Jamie Jones comment field yesterday I feel that this needed to be said out loud and clear - no means no and rape is rape”.

Jamie Jones is one artist who paid tribute to Morillo after his death last week, writing on Instagram: “Of course Erick was not perfect, and I can’t judge anyone on things I know very little about. The things I do know for certainty is that @erickmorillo was a kind hearted and humble human, who was forever welcoming and generous, and whose passion for music was as strong as I’ve seen in any one. He inspired me over the years and nobody can deny that he has left a musical legacy that will last way beyond his time in this life. He was a true legend, and a dear friend. RIP brother.”

Last Friday, September 4, the Welsh artist followed that up with a second post apologising “to anyone who was offended by my post in remembrance of Erick Morillo”.

He wrote: “I can only imagine how much courage it takes to come forward and speak out when you have been sexually assaulted or abused in any way. That is why I want to apologise to anyone who was offended by my post in remembrance of Erick Morillo. My words were truly mean to share the Erick I had personally known over the ear, and although I know very little about the case against him, the last thing I wanted to do was make light or normalise the very very serious charges he was facing. I acknowledge that I was wrong to be insensitive of the situation as a whole and for that I’m sorry.”

An artist named Frank Hoo commented on Jamie Jones’ second post, writing: “You shouldn’t apologize Jamie... you were simply paying respects to friends death that’s all”. In response to this in the comments below Jones’ post, Ida Engberg shared her own experience, accusing Erick Morillo of pouring an MDMA-spiked drink into her mouth against her will and harassing her in 2006.

Engberg wrote: “I met [Erick] Morillo in Ibiza back in 2006. Once in an after party at his house I sat outside in a sun bed talking to a friend of mine when he approached me from behind, pulled my head back, held my forehead against the sunbed and poured a drink into my mouth against my will. I got upset and asked what that was. He laughed and said “it’s MDMA”. I said, can I please chose for myself if I want to do drugs or not. I got up and left the party. Later I heard from a friend that he had asked all the girls who would not get naked to leave the party. I met him after and he just laughed and said “well you were not going to fuck me anyway were you”. He also said I wasn’t welcome back to his house. Years after, when I was more “known” he was always so sweet and polite. I told him he was the worst and most disrespectful person I met in our scene and always refused talking to him. This is just my story. It may not seem like a big deal to some but I spent a season in Ibiza in 2006 and I heard countless of similar stories. He had the worst reputation. I have not experienced anything anywhere near that.”

Earlier today drum ‘n’ bass artist DJ Empress also accused of Erick Morillo of sexually harassing her while she worked in New York record shop Satellite in 1998 when she was aged 17.

On Facebook she wrote: "He would come up behind me and rub his dick all over my legs and butt when I was facing the wall putting away records, while breathing his hot, wet breath into my ears and whisper perverted sexual things he wanted to do to me. The first few times he did that to me, I remember just freezing. I didn’t know what to do, I was so young. It was the “I like to move it move it guy” - everyone at that time knew that song.”

Erick Morillo was due in court on September 4 to enter his plea in relation to the charges of sexual battery on a woman he was facing. He was found dead in his Miami Beach home on the morning of September 1.