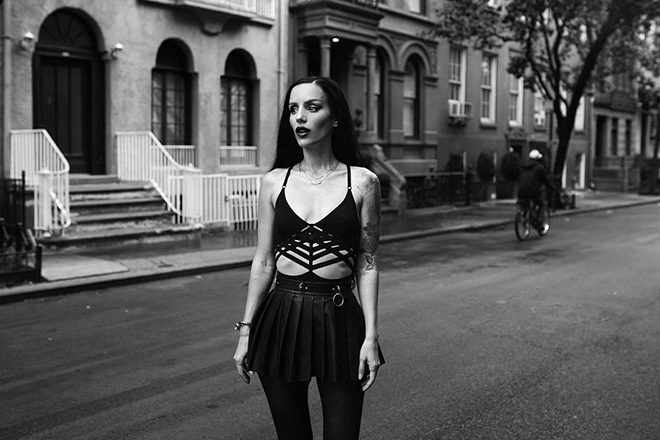 Writing on Facebook, DJ Empress says Morillo, who was found dead in Miami Beach on September 1, would sexually harass her when she worked as a buyer at a record shop called Satellite in New York.

DJ Empress' accusations come after Morillo was arrested on charges of sexual battery on a woman. The incident is said to have taken place at his home in Miami Beach last December. Morillo handed himself into police after a rape kit tested positive for his DNA.

DJ Empress wrote: "I’ve been holding this in since 1998, so I might as well say it now, as it may help some people. Erick Morillo used to sexually harass me like crazy when I worked as a buyer at a record store in NYC called Satellite when I was 17-years-old. So much so that he even got my phone # out of the store’s database without my consent and also a friend of mine’s home number that I was at so he could call me & leave me harassing disgusting weird breathy, sexual messages.

"He would come up behind me and rub his dick all over my legs and butt when I was facing the wall putting away records, while breathing his hot, wet breath into my ears and whisper perverted sexual things he wanted to do to me. The first few times he did that to me, I remember just freezing. I didn’t know what to do, I was so young. It was the “I like to move it move it guy” - everyone at that time knew that song.

"He was this super intense, totally perverted creep. I would hide downstairs in the basement of the shop and in the bathroom when he was in the store and I would get screamed at to get back on the floor by the owner. Everyone knew what he did to me."

DJ Empress - who has released on RAM Records - goes on to write her employer was aware of what was going on and said "if I wanted to work at the store, that encounters like that was part of how things are with the more successful DJs."

She also described why she didn't say anything about the matter at the time: "I needed that job and wanted to be at that store so badly because I didn’t know what else I was going to do at that time. Record stores back then were meccas if you were a DJ. They were very important places to work in when you were building up your career as a DJ because that was where you would buy your music and everyone in the scene would come in.

"Back then there wasn’t the option to buy music digitally, you had to shop at a record store. Stuff like this really was hard & still is hard to this day because of all the blaming and shame. Especially because at that time if you spoke up, you ran risk of being cancelled by the male dominated scene.

"There were very few of us female DJs and artists then. I would feel so mad at myself for not knowing how to handle him molesting me and ashamed that I had to go through with that treatment as I tried to figure out another, less demeaning way as a DJ. Not only did I not like that & was teased that I did, but then there was the fact that all of my male coworkers forced that on me."

I’ve been holding this in since 1998, so I might as well say it now, as it may help some people. Erick Morillo used to...