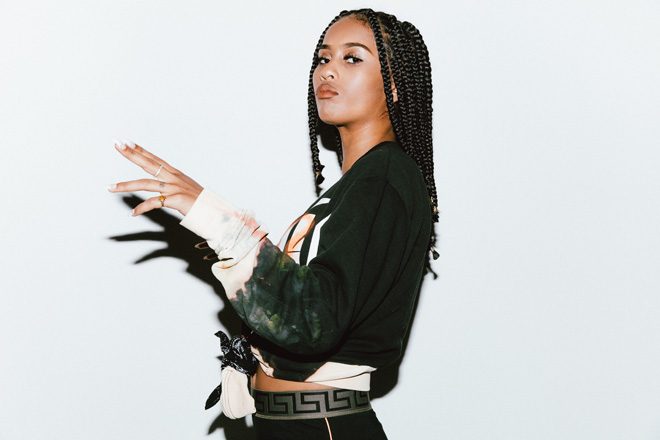 Manchester artist IAMDDB is heading out on a headline UK tour in April.

Coinciding with the release of 'Flightmode Vol.4', the latest installment of her mixtape series, Flightmode Live, in association with Red Bull, will see her play in Bristol on April 16, Birmingham on April 17, Manchester on April 18 and London on April 19.

Each show will have a different theme and dress code. Bristol will have the theme of Moonlight with her asking people to wear only white, while Love is the theme in Birmingham with people expected to wear red. A '90s dress code is wanted for the Back To The Future show in Manchester and all black is wanted for the Heaven & Hell show at KOKO in London.

On the shows, IAMDDB said: "Each show will be very different and will only happen once. I’m asking fans to interpret the different themes themselves, so we can create something really unique together."

'Flightmode' follows 'Waeveybby', 'Vibe' and 'Hoodrich', the latter which features the single 'Shade'. IAMDDB's also collaborated with drum 'n' bass producer Lenzman on 'In My Mind', which can be listened to below.

We caught up with IAMDDB last year, read the feature here.

Grab tickets for each of the 'Flightmode Live' shows here. 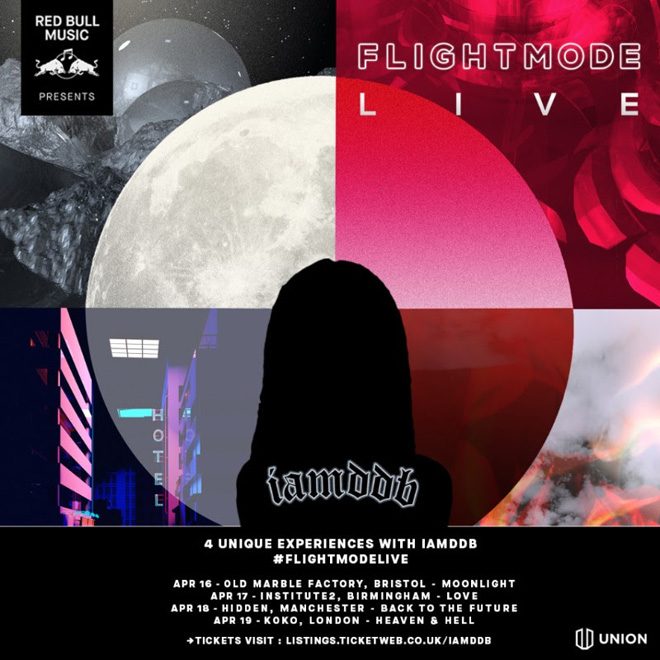