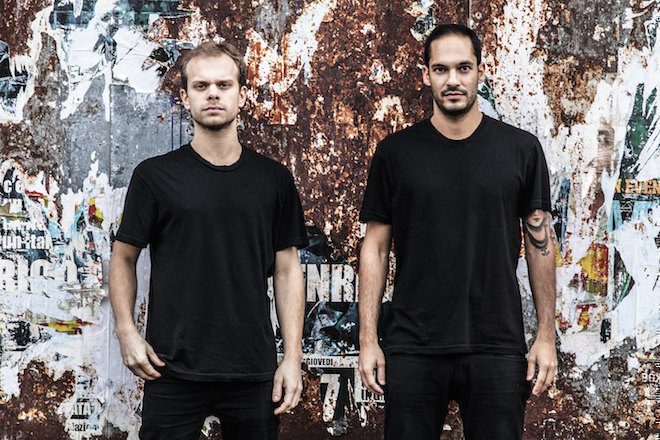 In April last year, Hunter/Game treated us with an exclusive mix that ventured from loungey house onwards through a space voyage and beyond.


Based out of Milan and New York, the Italian duo have wriggled their brooding techno onto releases from the likes of Innervisions, Last Night On Earth and Just This.

It's a sound that steps clear of conventions, while maintaining a punch alongside its melody. The Italian duo aren't afraid to leap from string-laden builders to hardened bangers.

They have also turned in two installments for Kompakt's Speicher series, but are now ready to release their debut album 'Adaptation' on the legendary label. The album is a straightforward cut of ten tracks and we have 'Silver' to premiere.

The track takes techno into thrashing tribal rhythms that are subtly breached by crystalline singing. A thumping bass keeps the tracks momentum ever driving, as vocals, drums and a bouncing synthline flitter between each other.

On paper, it should be an icy affair, but the pair maintain a warmth that keeps it impactful and grounded in reality.