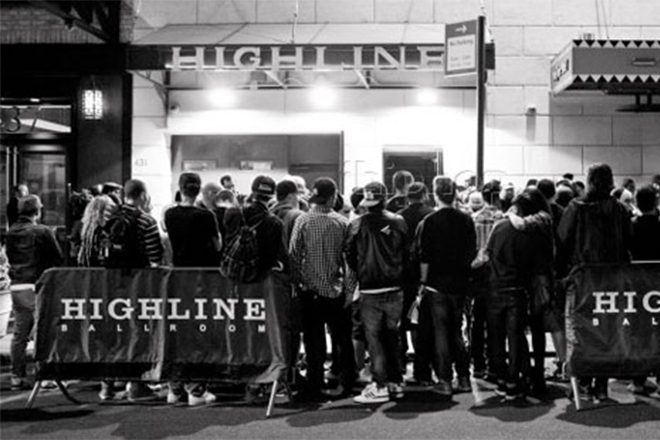 The Highline Ballroom, a music venue located in the heart of Manhattan's Chelsea neighborhood, has lost its lease and will be forced to shut down next month.

After operating for a total of 12 years, the Highline Ballroom's landlord has decided not to renew the venue's lease and will be forcing them out. Steven Bensusan, the venue's owner, said in a public statement that they believed "a renewal was imminent," but it is "now clear the landlord has other plans for the building."

In a post on Facebook, the Highline Ballroom reassured its fans with the news that they are currently searching for a new location nearby in Chelsea and the Meatpacking District.

Towards the end of 2018, New York City's iconic nightclub Output announced that it would not reopen in 2019. Learn more here

Read the Highline Ballroom's statement below.