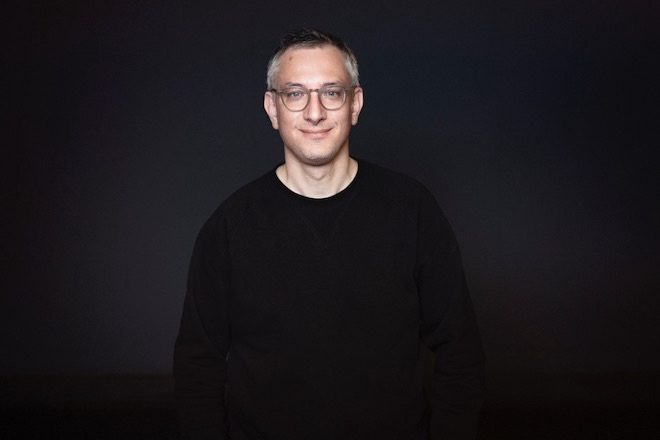 Heiko Hoffmann is something of an electronic institution in Berlin. He currently works at Beatport as head of artist and community relations, but he spins many other musical plates including curation and creation. And his latest creation is a new compilation called No Photos On The Dance Floor! which will accompany the book and the exhibition, which took place at C/O Berlin in late 2019, just before the world shit down. The title, needless to say, is a reference to the NO PHOTOS policy at places like Panorama Bar in the city.

We spoke to Hoffman at length about the first compilation to properly trace the history of techno made in Berlin over the last three decades, with a selection of classics and hidden gems from the likes of Barker, Modeselektor and Ellen Allien (2007-present) and Alec Empire, MMM and Monolake (1992-2006). The compilation will be released digitally, on CD and - of course! - on good old fashioned vinyl for the heads, which is split into the two-part timeline detailed above. As a historical document of a time and place, this will take some serious beating and the double-vinyl release features photography from George Nebieridze and the inimitable Wolfgang Tillmans.

Read this next: "Experimentation and freedom": inside the exhibition documenting the history of Berlin techno

How hard was it to choose which tracks made the final mix?

My ambition was to put together a history of techno tracks from Berlin - because I think the city's techno scene has been so relevant over the past 30 years and because it hasn't been documented on a compilation before. Telling such a history in just 20 tracks is next to impossible anyway so being aware of that made the task actually easier. On the one hand the selection is very personal but at the same time it was important to me to include certain key artists and also to show an evolution of both the sound and the scene over the years - that's why the tracks are put in chronological order. But you're right: there's a far longer list of tracks that could have made it and didn't in the end because of time constraints, licensing issues or because I already had included tracks from that artist or label or because I wanted to spread the amount of tracks roughly equally across the three decades.

Can you talk about the importance of Hardwax as an electronic portal for new music?

The two Berlin techno institutions that have been there at the start and still exist today are Tresor (both the club and the label) and Hard Wax. Without them the scene wouldn't have been the same nor developed the way it did. Mark Ernestus's Hard Wax has been crucial in many ways. Maybe the most known one is the early connection to the scene in Detroit they established - Mark Ernestus travelled to Chicago and Detroit to buy records and meet the people he was dealing with back in 1990 at a time when no one, certainly not from Germany, did this. Many artists on the compilation have also worked at Hard Wax over the years - it's quite an impressive list really: DJ Pete aka Substance, Rene Löwe aka Vainqueur, Monolake (who worked at Basic Channel's former mastering studio Dubplates & Mastering where Rashad Becker who mastered this compilation was a key engineer), "Mo" Loschelder, Marcel Dettmann, Fiedel from MMM, Sleeparchive, Shed AKA Wax, Gernot from Modeselektor and Ancient Methods. Partly through this direct work relation Hard Wax also became the exclusive distributor for artist owned imprints such as MDR, Power House and Soundstream. And then of course there's also the vast and hugely influential body of work that Mark Ernestus created with Moritz von Oswald under various aliases and on labels such as Basic Channel, M-Series, Chain Reaction, Main Street, Burial Mix and Rhythm & Sound. Hard Wax is both a living archive and a platform for new music.

How did Wolfgang Tillmans get involved with the project?

Wolfgang Tillmans was one of the first artists I asked to be part of the exhibition. He started taking photos from Berlin's club scene in 1992 at long gone spaces such as Planet and the original Tresor. He took these photos not as an outside observer but as an active participant and he had never shown this three decades spanning body of work together before. He went deep into his archive to put together more than 30 photos unter the title "We haven't stopped dancing yet". The name reflects both the fact that Berlin's club scene and the freedom it embodies continued to flourish but also that it's under threat and shouldn't be taken for granted. He couldn't have foreseen that only a couple of months after the exhibition took place a worldwide pandemic should happen actually stopping people to dance and quite possibly altering not only Berlin's club culture forever.

What made you want to do this compilation personally? Is 1992 onwards an era you felt needed documenting?

The reason the compilation starts in 1992 is partly because I wanted to start with a track by 3MB (aka Thomas Fehlmann and Moritz von Oswald) featuring Juan Atkins to highlight the close connection between the scenes in Berlin and Detroit, the city where the techno sound was pioneered by African-American producers. But there were tracks being made in Berlin before that. As early as 1989 for example Thomas Fehlmann put out a compilation on his label called "Teutonic Beats" featuring early productions for example by Max Loderbauer, Westbam & Klaus Jankuhn and Fehlmann himself. But yes the reason I wanted to do this compilation is that this evolution of Berlin's techno scene hasn't been documented on a compilation before. Often when people spoke or wrote about the history of techno in Berlin the focus has been more on the clubs or the DJs but less so on the producers and musicians.

So is it fair to say it was a labour of love?

Definitely. For me the exhibition, the book and now the compilation have been a very personal project and I'm hugely grateful to everyone who has been supporting this. I was a teenager growing up in West-Berlin when the wall fell in 1989 and the city's techno scene started tied to this historically unique situation. Many of my closest friendships evolved out of this scene. It’s shaped my private and professional life more than almost anything else…. 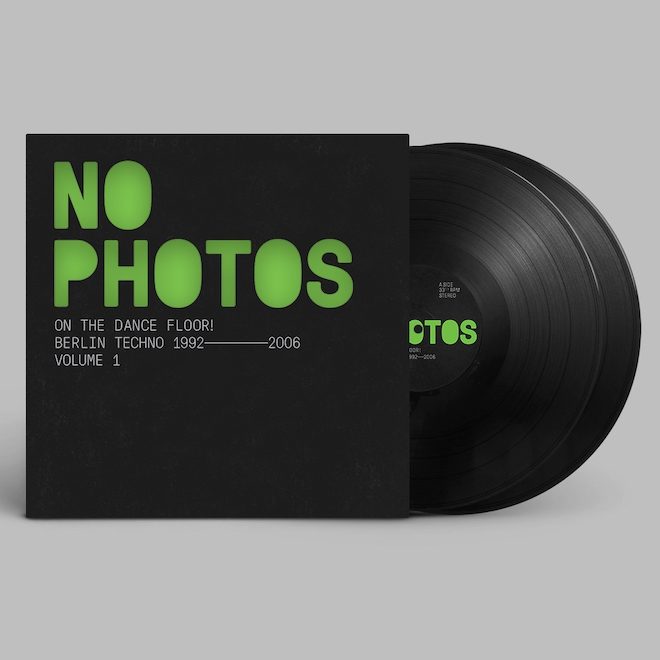 Find the compilation on Bandcamp