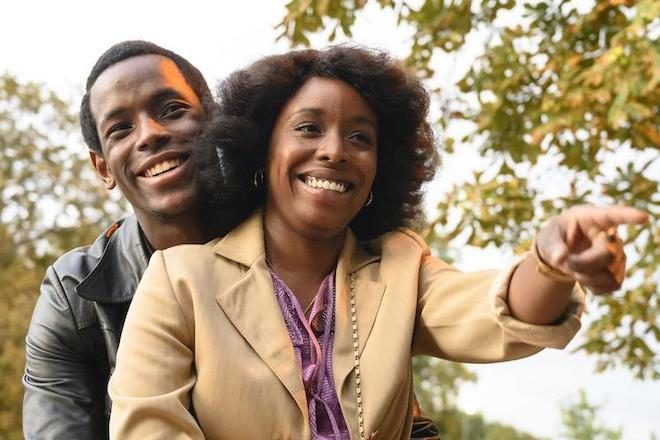 Steve McQueen has teamed up with Motown Records UK for an official release of the soundtrack to his Small Axe film anthology.

The soundtrack will be released on Record Store Day, June 12.

Released on BBC iPlayer last year, the five Small Axe films explore different aspects of life for West Indians in Britain in the 1970s and 80s. They include: Lovers Rock (pictured), a film about a blues party in London; Mangrove, about Notting Hill’s landmark Mangrove restaurant and the trial of the Mangrove Seven in 1971; and Education, about a young Black boy’s struggle to keep his head up in an education system determined to leave him behind.

The films’ soundtrack has been personally curated by Steve McQueen and features an original score by Mica Levi, spoken word pieces by legendary dub poet Linton Kwesi Johnson, a rendition of ‘To Be Young, Gifted and Black’ by Michael Kiwanuka and a rework of Janet Kay’s ‘Silly Games’, which featured memorably in Lovers Rock, by Tiana Major9.

Read this next: No Bass Like Home will be an online festival celebrating reggae’s impact on British music

Steve McQueen has said, “Music is an integral part of Small Axe, especially Lovers Rock. Selecting the songs was definitely one of the most fun parts of making the anthology series, so I’m really excited about the soundtrack release.”

Similarly, Mica Levi commented, “I am proud and thankful to be part of the music used in Steve McQueen’s telling of a too unknown true story. It goes to show that protest is an essential democratic right, it can change legislation and create visibility and equality.”

Find the soundtrack’s tracklist below.

Prince Far I – Throw Away Your Gun

Marvin Gaye – Got To Give It Up

Michael Kiwanuka – To Be Young, Gifted And Black

Imagination – So Good, So Right

Mica Levi – In God You Must Trust

Shaun Parkes – Inglan Is A Bitch