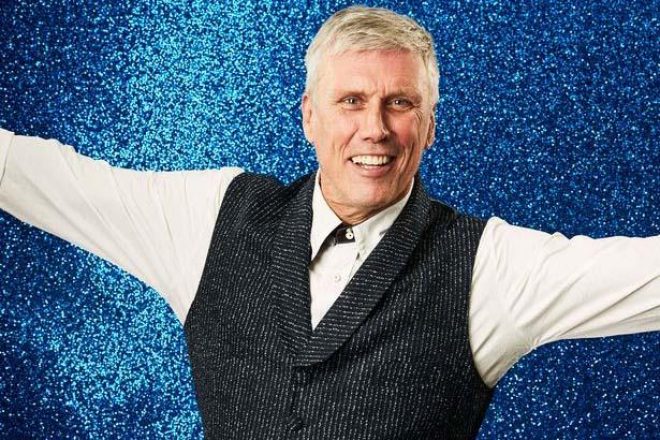 57-year-old Mark ‘Bez’ Berry will appear on our TV screens in January for the next series of Dancing On Ice.

The Happy Mondays percussionist is set to join the ITV series in the new year alongside Brendan Cole, Sally Dynevor, Ben Foden, and others. The full line-up of stars is yet to be announced.

Read this next: Bez from the Happy Mondays is launching a Youtube fitness class

Bez spoke to Holly Willoughby and Philip Schofield on This Morning about his next TV appearance: “How I got picked I don’t know because I was absolutely awful at the audition,” he said unconfidently.

“But they must have seen some potential in me! At the moment it's more like Bambi on Ice, not Dancing On Ice,” he joked. “I’m looking forward to learning a new skill and I can’t wait for the Christmas ice rinks again and I can get on there and really show off.”

The percussionist joined last year’s season of Celebrity Masterchef, much to the delight of viewers who hailed the Happy Monday’s member as a "delight to watch".

During the show’s 16th season, Bez pronounced the word "anchovies" as "handkerchiefs", and cooked up some unusual dishes alongside other Celebrity Masterchef contestants.

Read this next: Shaun Ryder hosts "UFO sighting phone-in" on This Morning

“It’s a happy Monday. Hope it’s not a black and blue Monday!” frontman Shaun Ryder told Bez before his next TV sighting. “I’m here to wish you all the best and say good luck fella for Dancing On Ice. Make sure you keep those maracas warm ‘cos it can get a bit cold!”

Bez’ new sports pursuit comes just a few months after his battle with COVID, where he said that he “seriously thought” he was “going to die”.