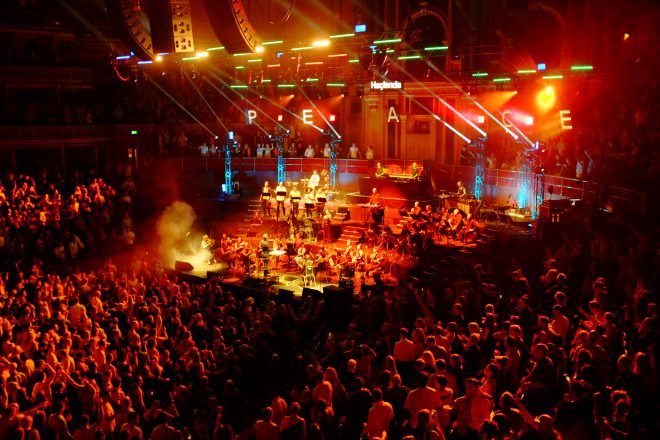 This August bank holiday, Haçienda Classical will return to Blackpool.

The acclaimed orchestral clubbing series will be headlining Blackpool Cricket Club’s Sound on the Ground, accompanied by Manchester Camerata and other special guests.

The date will mark the collective’s first live show in the UK for almost two years.

Read this next: Acid flashback: Nude establishes the Haçienda as the north's summer of love epicentre

Meanwhile, award-winning street food will be served to attendees on the site.

Now entering its sixth year, Haçienda Classical has performed to audiences of over half a million, with more tuning into its successful streams last year. Dedicated to celebrating the Manchester institution’s formidable impact on dance music from the 1980s onwards, the orchestra has opened Glastonbury’s Pyramid Stage, performed at the Royal Albert Hall and featured on many festival line-ups.

Read this next: The best 20 house classics from before 1990

As usual, the team will include orchestral renditions of much loved classic club records from the Haçienda’s heritage, whilst bringing new arrangements of seminal tracks to the crowd.

A leading figure in the venue during its heyday and beyond, Graeme Park said: “After a year of frustration, I’m excited that Haçienda Classical is back to thrill the nation with positivity and love. I’ve never been more ready to return to the stage with the whole crew to share the joy with some big new songs as well as some massive favourites too. I’m pretty sure the country is ready to share the love too.”

Read this next: Noel Gallagher: "I took an E and then electronic music made sense!"

Conductor and former violinist Tim Crooks added: “I’ve spent the past year thinking how incredible the post-lockdown gigs will feel, and the long wait is finally over. I can’t wait to feel the noise and see that pent-up energy explode. It’s going to be something very, very special.”