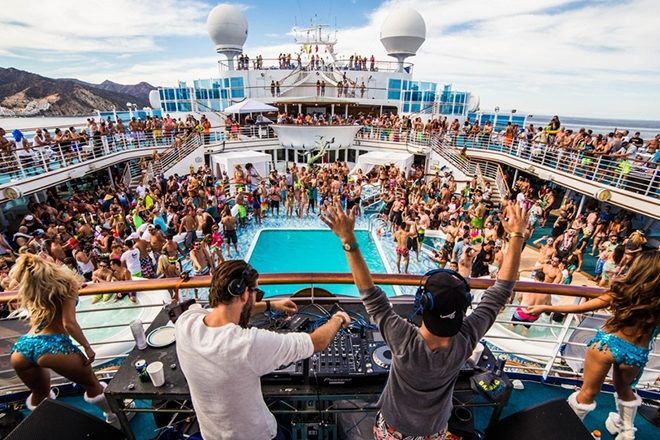 
Having already announced a line-up with headliners such as Kaskade, Hot Since 82, Markus Schulz, Simon Patterson, MK and more, Groove Cruise has also added new stages that will be curated by Belgian producer Lost Frequencies and Spinnin' Records staple, EDX.

Setting sail from Ft. Lauderdale on a 2,170-passenger deluxe cruise ship, Celebrity Infinity, between January 10-14, 2019, the party vessel will make stops in the tropical island paradise of Cozumel, Mexico and for the first time, the sun-soaked city of Key West, Florida.

With no curfew, themed parties and over 50 DJs performing throughout the 96-hour trip, Groove Cruise's 15-year anniversary event will be its most significant celebration to date.

In addition to adding these two new stages, Groove Cruise has launched a mix contest that will offer a once-in-a-lifetime opportunity to an aspiring DJ. One lucky winner will be given a chance to spin onboard the Groove Cruise Miami decks alongside some of the world’s top dance music artists. The top finalists for the mix competition will have their mixes assessed by guest judges Markus Schulz, Simon Patterson, EDX, Roger Sanchez, Sean Tyas, BlackGummy, and Liquid Todd.

The winner will receive a spot on the artist roster, an ocean-view stateroom for two onboard Groove Cruise Miami 2019, roundtrip airfare for two, 24/7 room service and more.

The contest ends on December 13. Submit your mix by following the instructions here. 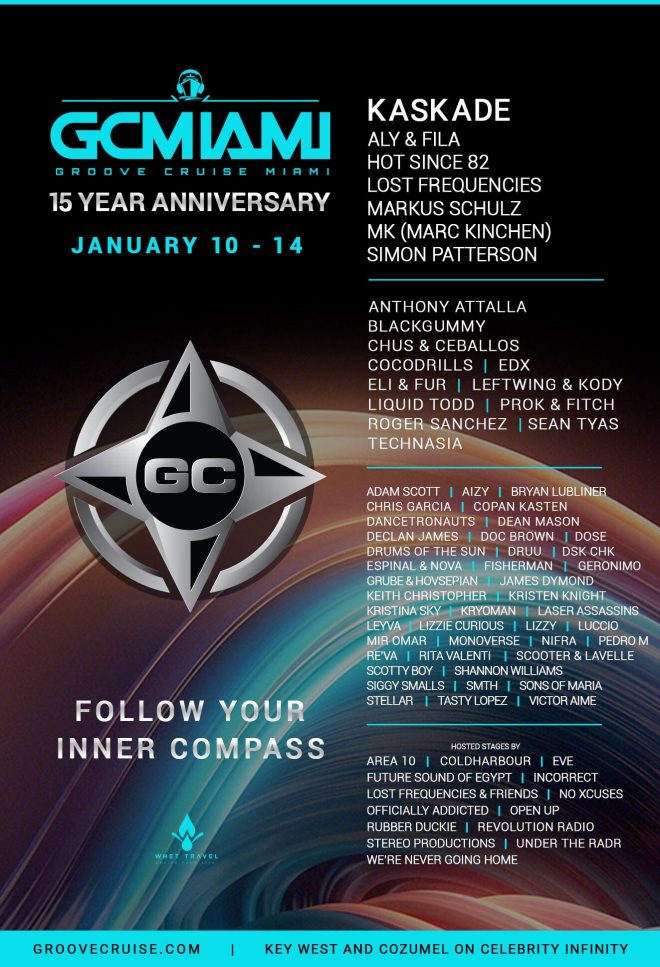