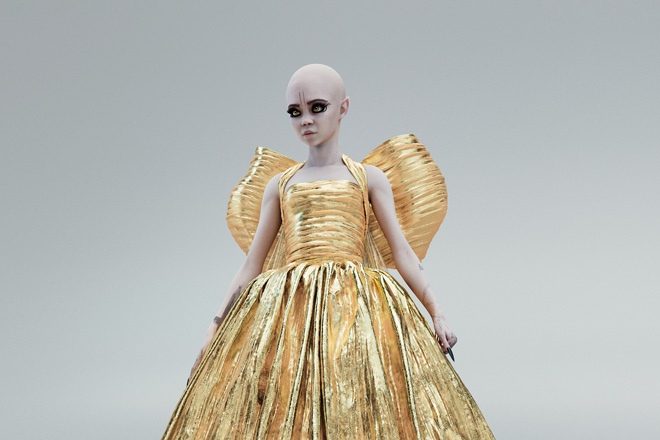 Now we all know she's pregnant with her first child, Grimes has stated just how important it is for children to go raving.

The Canadian singer confirmed in January she was pregnant, although she refused to confirm the baby's paternity, despite her being in a relationship with Tesla CEO - and progressive house producer - Elon Musk.

In a new interview with The Face - Grimes' digital avatar WarNymph (pictured), clad in Balenciaga, is on the cover of Volume 4, Issue 003 - the musician discussed one thing that's integral for a fruitful childhood: raving.

Grimes said: “Children need to get into raving, but I don’t think I’ll rave with my kid… I don’t think kids and adults need to rave together. But I wish I had discovered dance music at an earlier age.”

Grimes can read up on the children of the original travelling soundsystem DJs for some tips and pointers.

The 'My Name Is Dark' singer also spoke about her avatar: “WarNymph is my digital avatar, aka my digital self. Everyone is living two lives: their digital life and their offline life. I want to untether my two lives from each other for mental-health purposes, haha. And also, for fun.”