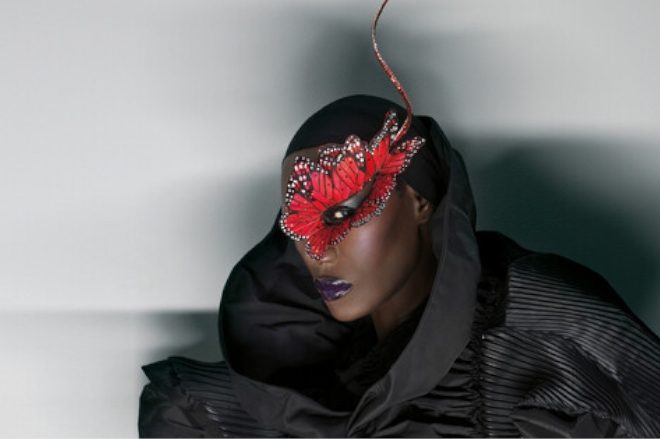 The Southbank Centre has announced that Grace Jones will headline and curate its Meltdown festival next year, which will take place from June 12-21.

In 2007, she performed at the Jarvis Cocker-curated edition of Meltdown, where she performed Disney songs alongside a star-studded lineup of Cocker, Nick Cave, Shane MacGowan and Pete Doherty.


The first lineup details will be announced in early 2020.


Jones states, “I am honoured to be curating next year’s Meltdown festival. Year after year, the festival continues to spread its colourful wings, allowing its curators to bring together an array of diverse talent not seen anywhere else. It’s about time I was asked to curate Meltdown darling, don’t you think?!”


Read this next: Nile Rodgers will curate the 2019 edition of Meltdown Festival


“Meltdown offers an unparalleled window into the minds of the greatest musical influencers of our age. There’s no denying it: Grace Jones is unlike anybody else," explains Bengi Ünsal, Head of Contemporary Music at Southbank Centre.

She continues, "She was the first artist who made me feel that I could express myself, be whatever I wanted to be, and not be afraid of what the world might say. She is one of the few living artists who can truly be described as iconic, with a relentlessly individualistic vision. I am truly honoured that she will share it with us for Meltdown 2020.”

For more information about Meltdown 2020, head to the Southbank Centre website.