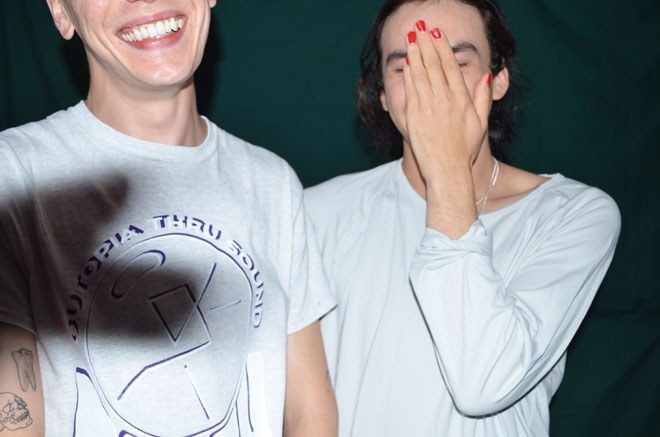 The Bristol techno noiseniks will release the LP on their own label, the newly minted KECK, on November 8.

The duo have also dropped a track from the record, '55 Year Old Daughter', which you can listen to below.

Giant Swan have spent the past few years scaring the shit out of the conventional techno scene with their mesmerising live shows and unpredictable recordings, released via headsy imprints like Whities and Batu's Timedance.

They'll be taking their wild improv show out on a headline tour too, dates below.