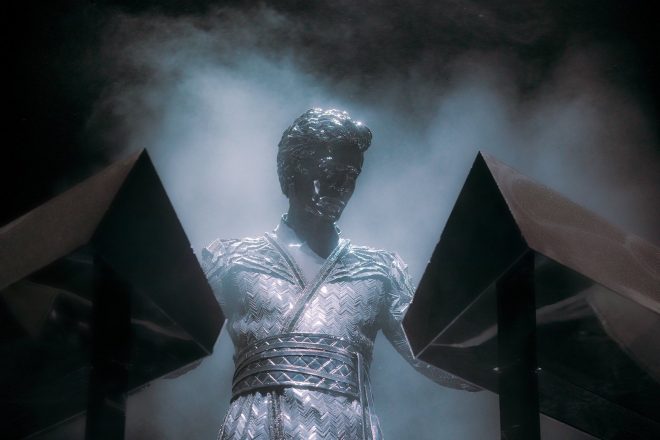 Gesaffelstein, the French champion of dark techno wizardry, is back again with ‘NOVO SONIC SYSTEM’, released via Columbia Records earlier today. This six track EP is his second release of 2019, following Hyperion (released in March) and his Coachella set - which was praised as his “darkest” and most “sonically stunning” performance yet.

Read more: Everything you need to know about Gesaffelstein

‘NOVO SONIC SYSTEM’ traverses from an initial uptempo synth-pop vibe with ‘ORCK’ into slamming dungeon progressions for which he is known. It’s a stunning testament to the analog ambitions by our masked marauder.

This latest EP also precedes the beginning of Gesaffelstein’s upcoming ‘Requiem’ tour. Starting in San Francisco on November 7, Gesaffelstein will be headlining a month-long dash across the country, ending in Atlanta on November 27. Both Los Angeles shows have already sold out, with additional dates scheduled in Chicago, Boston, New York, and a handful of other cities.

Read more: Gesaffelstein brings his ‘Requiem’ tour to the US this fall

See here for the full list of tour dates and ticket information, and listen to the ‘NOVO SONIC SYSTEM’ EP below.