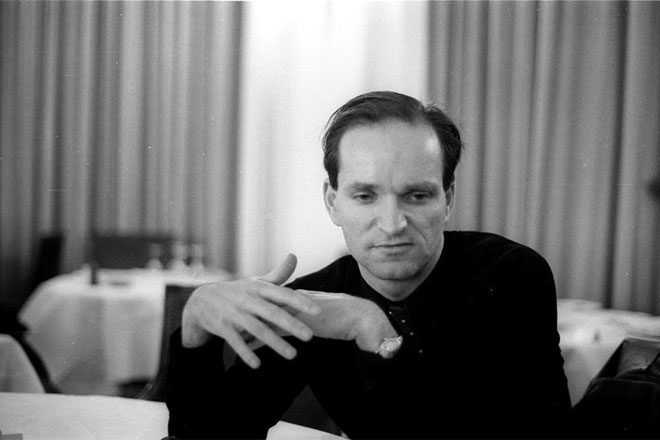 Florian Schneider, who was a founding member of seminal electronic music group Kraftwerk, has died of cancer aged 73.

The German musician co-founded Kraftwerk with Ralf Hütter in 1970 after they met two years previously as students at the Academy of Arts in Remscheid, before both going on to study at the Robert Schumann Hochschule in Düsseldorf.

Schneider's main instrument was originally the flute, which he would warp with electronic effects. In the mid 70s he began to focus more exclusively on the use of synthesisers and electronic instruments.

Kraftwerk are credited as one of the most important acts in the history of electronic music, helping to popularise the genre through the 1970s and regularly cited by US house and techno originators like Juan Atkins and Derrick May as major influences.

Schneider was involved in the making of all 10 of Kraftwerk's studio albums, including 1974's 'Autobahn' which was inducted into the Grammy Hall of Fame in 2015.

Kraftwerk were also honoured with a Grammy Lifetime Achievement Award in 2014, and have been nominated for the Rock Hall of Fame six times, although have not been inducted.

Schneider remained a key figure in the group who played a pivotal role in the beginnings of electronic music, before quitting in 2008. No reason for his departure was given with a short statement saying: "Florian Schneider leaves Kraftwerk after a 40-year partnership. This partnership has generated incredible music and huge advances in music technology."

The current make up of Kraftwerk is a four-piece featuring co-founder Ralf Hütter alongside Fritz Hilpert, Henning Schmitz and Falk Grieffenhagen. The group were set to embark on a North American tour celebrating their 50th anniversary this year, although this has been postponed due to the coronavirus outbreak and is due to be rescheduled for 2021.

In 2015 Schneider released an environmental themed track called 'Stop Plastic Pollution' as part of the Parley for the Oceans campaign, which he said he said he was inspired to take part in after "Taking a swim in the ocean at the coasts of Ghana, watching fishermen catch nothing but plastic garbage in their nets.

Kraftwerk has released a statement to Rolling Stone saying: “Kraftwerk co-founder and electro pioneer Ralf Hütter has sent us the very sad news that his friend and companion over many decades. Florian Schneider has passed away from a short cancer disease just a few days after his 73rd birthday.

“In the year 1968 Ralf Hütter and Florian Schneider started their artistic and musical collaboration. In 1970 they founded their electronic Kling Klang studio in Düsseldorf and started the multi-media project Kraftwerk. All the Kraftwerk catalogue albums were conceived and produced there.”

Schneider has been laid to rest in a private burial.