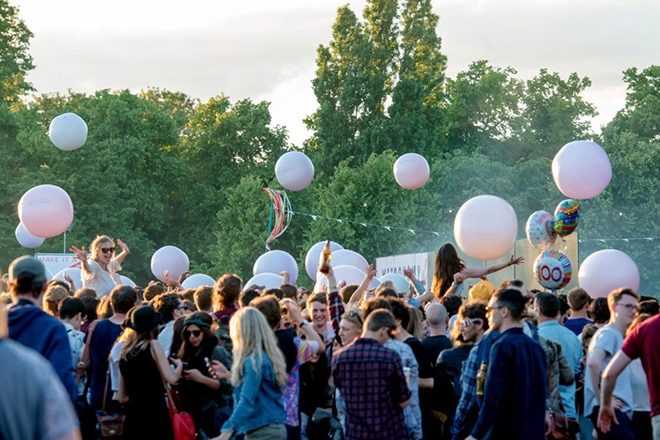 Festivals planned to take place this year across the UK have started selling out since the government unveiled its roadmap to reopening the economy on Monday, which is aiming for clubs to reopen and festivals to be able to take place from June 21.

Speaking to the Guardian, Paul Reed, chief executive of the Association of Independent Festivals, said: “Lots of our members have seen sale spikes since Monday, which has generated lots of consumer confidence. There is a huge appetite for live experiences and I don’t think that is surprising. It’s about communal experiences, being outdoors in groups.”

Festivals that have announced tickets have sold out this week include Creamfields, Reading and Leeds Festival, Boomtown and Field Day.

Yesterday, February 25, Field Day wrote on Twittter: “Wow! Tickets for Field Day 2021 have sold out. Thank you so much to everyone who bought a ticket.”

On the same day, Boomtown wrote on Twitter: “We are completely overwhelmed by the support shown by our incredible community... Please rest assured we will be doing everything possible to make sure that we can come together this August for the ultimate celebration”.

Following Monday’s roadmap announcement from the government, Ticketmaster saw a 600% increase in traffic to its UK site.

Ticketmaster’s UK site director Andrew Parsons said: “We’ve had around 2 million fans on our site with half a million visits to the Ticketmaster Festival Finder guide. It’s a week unlike any we’ve experienced in a typical February. The pent up demand to get back to live events is undeniable. Fans are ready to make up for lost time and it’s just brilliant to see.”

Schemes of this kind in Europe have seen Germany set up a €2.5 billion cancellation fund to cover the cost of events planned for the second half of 2021, and the Dutch government create a cancellation fund of at least €300 million to cover festivals aiming to place from July onwards, the announcement of which also saw multiple festivals in the Netherlands quickly sell out.

Cancellation cover from the government has not yet been forthcoming in the UK, with major events such as Glastonbury taking the decision to cancel its 2021 edition, and this is causing concern within the industry despite the positivity around this week’s sales spike.

Jamie Tagg, who runs London’s Mighty Hoopla, noted the festival has seen a record spike in ticket sales for this year, but noted: “The longer it goes on the more nervous we might get. Insurance would be everything for us right now.”

Paul Reed of the AIF shares this view, saying it is an “enormous risk” for independent festivals to press on with planning without cover, adding: “Insurance is more critical than ever and it is something we have been pushing for as a sector for many months. We welcome the roadmap, but the 2021 festival season is not guaranteed. There is still a chance of cancellations.

Sacha Lord, founder of Parklife Festival, also called for insurance, saying: “Let’s follow in the footsteps of other countries, where there is an insurance indemnity policy. We are not expecting a free handout and we will pay a small percentage of the turnover figure. Putting a festival on is hard without insurance in place, that is why Glastonbury cancelled.”

Chancellor Rishi Sunak’s next budget is due next week on March 3, which Lord expects cancellation cover to be included in, calling it “the most critical day of my 26-year career. For those who work behind the scenes, it will be make or break. They need hope.”