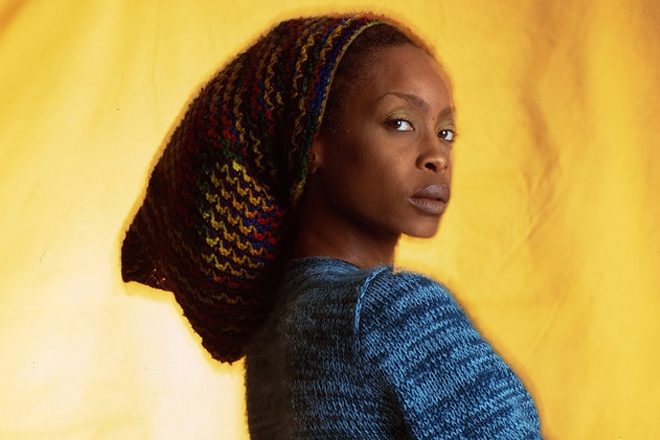 Erykah Badu paid tribute to George Floyd during her concert at the Armory in Minneapolis on October 12.

The musician brought members of the Floyd family backstage to pay tribute to the Minneapolis local on what would have been his 48th birthday.

“People of planet earth, we’re about four minutes away from George Floyd’s birthday,” she said in a clip filmed backstage at her show, that was shared to her Instagram story.

“He would’ve been 48 years old, and I’m here with his family now. It seems like we have a moment of peace right now, and we know that your life was not in vain.”

“Thank you for your spirit and your sacrifice,” Badu added. “So that we can move on the way that we should, be where we supposed to as a people.”

Erykah Badu backstage in Minneapolis with the late #GeorgeFloyd family on his birthday. 🙏🏾✊🏾🕊 pic.twitter.com/cT6j5sZw8q

Other tributes paid by those in the rap and hip hop community include Lil Baby joining George Floyd's family at the White House to meet with President Joe Biden to advance the George Floyd Police Act Bill.

T.I., Ludacris, and Master P were among the rap stars that paid their respects during Floyd's memorial ceremony in Minneapolis last June.

Read this next: Kanye West is paying for George Floyd's daughter's college tuition

Floyd's tragic murder was recorded on camera by Darnella Frazier, who was 17 at the time. Ex-Minneapolis policeman Derek Chauvin is recorded kneeling on Floyd's neck for about 10 minutes, ignoring his cries where he says he can’t breathe.

Following three weeks of testimony from 45 witnesses, the 12-member jury began deliberations on Monday afternoon (April 19). They found Chauvin guilty of all charges against him.

The video played a role in the former cop's conviction, as well as the revival of the Black Lives Matter movement and the creation of numerous Floyd murals around the country.