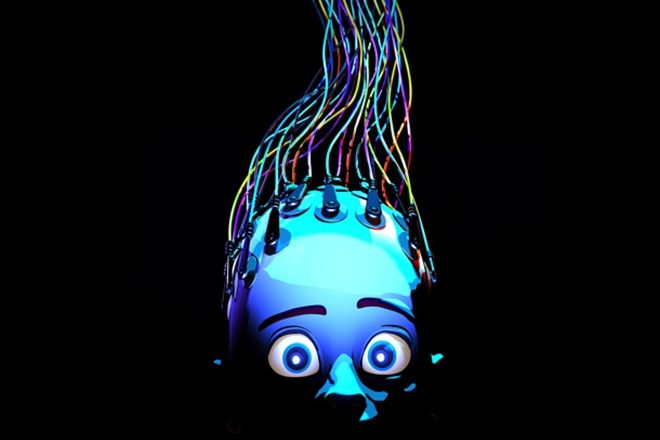 A new animated web series titled CULTURESPORT has aired its first episode and launched a Kickstarter to fund a full narrative arc to the series' science fiction and rave-inspired storyline.

Developed in "relative secrecy" over the past five years, episode one of CULTURESPORT can now be watched for free on Youtube. In the episode, titled 'ROTTERDAM 1995', you find the show's two protagonists - a pair of twins named Ton and Bas De Vries - sorting out their pills and preparing for a night of heavy gabber music at the rave. Their roll is suddenly interrupted when they get kicked out of the club and a random American girl ropes them into a terrifying and musical digital dream world. Watch the first episode below.

The show's Kickstarter is aiming to reach a goal of $75,000 in order to create the next episode. With every stretch goal they manage to complete, the web series' in-house team of artists, designers, musicians, actors and dancers will be able to produce an additional four to six minute long episode. If every stretch goal is reached, CULTURESPORT will see a season of eight new shorts.

The show is offering some sweet and unique incentives to raise funding, such as early access to CULTURESPORT's future episode, mouse pads, exclusive wallpaper, keycards, t-shirts, sweatshirts, limited edition art and much more.

Check out CULTURESPORT's Kickstarter campaign and support the series by going here.

Read this next!
20 gabber rave photos that will make you want to party like its 1999 bpm
Gabber artwork that will probably scare you shitless
Kilbourne has rescored Blade with a gabber soundtrack