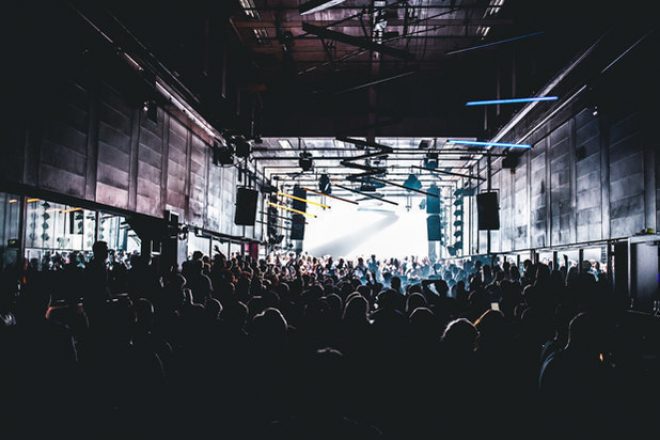 Throughout nightlife's murky history, few great clubs have gone out on a high. Be it financial ruin violence, crime or simply losing touch, most bow out with a barbed finale. Not Amsterdam's Trouw.

Home to one of the best dancefloors on the planet, with the eye-level decks situated slap-bang in the centre of the crowd, on January 3 2015 Trouw, housed in an industrial monolith that once printed Holland's national newspapers, threw its last party, served its last supper and hosted its last art exhibition. No sad endings, though: the venue's founders knew the day would arrive. They'd been preparing for it for almost six years.

"When you work on a temporary basis there's no other way but stopping on a climax," states Olaf Boswijk. Company founder, and accomplished DJ himself, prior to Trouw he co-ran another temporary dancehall in Amsterdam's old post office, Club 11. "It's gone from something quite basic to us all creating things that we really believe in, fulfilling our dreams in any way we see possible. We've always done so with the end date in mind, so it gets more intense as you progress; more energy and emotion. It's a beautiful thing."

Energy, emotion, beauty: Everything about Olaf's creative hub smacked of these virtues with rich resonance and history. Trouw, meaning faithfulness and loyalty. was also the name of a newspaper established as a resistance to German occupation. The club has been likened by Seth Troxler to the Paradise Garage, and is described by resident DJ Melon as 'a movement'.

Since its doors opened on February 27 2009, Olaf has striven to ensure that everything happening at Trouw has had real meaning. Even Amsterdam's mayor recognised this; in 2013 he gave it the nation's first 24-hour licence, marking the event by taking to the decks himself and dropping a Detroit Swindle record.

"That changed everything for us – and for the city," says Olaf. "It basically meant that you could go clubbing whenever you want, not just when you're told to. It's been great for the whole city's nightlife; Amsterdam is now up there with Berlin, London and Ibiza. Every weekend there are amazing line-ups all over town. I'm proud Trouw has played a role in that."

This role transcends local or national night-life history; it's a blueprint for how clubs all over the world can operate (it's worth noting they've achieved all this during an economic crisis). Trouw stands for everything that's great about dance music and the creativity that's at play when your heart and focus are in the right place. And while the club will be greatly missed, the spirit of Trouw will live on.

"A few years ago, the Innervision parties at Trouw were becoming almost too over-hyped. We wanted to do something really special. So, inspired by my friend Lil' Tony, we turned all the lights off. No light at all. No lights above the toilets, no lights behind the bar. The only lights I had were those of the turntables and controls. It was a totally different experience; I could just focus on the music, rather than who was dancing. Let's face it, even in the greatest club in the world many people are there for the other people. But take that away – just for one night – and it's an extremely special feeling. The first time we did it was a stand-out Trouw moment for me. It was astonishing."

"Running my own night, Ratio?, is one of many amazing Trouw memories. It's not your regular party; there's a lot of competition here, with clubs booking the best and most popular DJs, but we've always strived to find acts who are new or going in exciting and different directions. A lot of big names played their first Dutch set at my night, which I'm so proud of. My first ever Ratio? night was very memorable. The industrial make-up of the building had already proved to be perfect for techno and it was great to see the warmer house music Doc Martin and I played could fill the building and have the same impact. Beautiful."

"Trouw has always been home to me. There are very few clubs in the world that have such incredible care and love for the creation they've made: the music, the food, the total experience. It will go down in the history of our times as one of the most notable spaces, like a modern-day Paradise Garage. I'm honoured to have played there since I first started DJing in Europe, and I'm happy to have played a part in its history. I'm going there for the final three nights. Not to play, but to go raving. I just want to be there and be part of it."

"Trouw is such a special place. The first time I played was a very big deal. I don't get nervous very often but at that one I did for sure; my home town, all my friends and family there – I'll never forget it. Another really special time was playing with Carl Craig in the De Natte Cel which is a mysterious third room of the club. It translates as 'wet cell'. It used to be showers and it's really hidden; it's only been open a few times. That's the thing; I'd never been in there before and I've been in Trouw so many times! The club never ceases to surprise
and fascinate me."

"Trouw has been very special for me. Just standing in front of the building makes me really happy! I love everything about it; the sound quality is incredible, but the way the DJ booth is in between the audience and surrounded by the crowd is what makes it one of the most unique and exciting clubs in the world. I've got so many great memories from Trouw, it's difficult to pick one. But one particular night stands out for me; it ended up with me standing on the speakers with a champagne bucket on my head signing Dutch songs!"

"I'm at Trouw every single day unless I'm touring. And even if I'm playing abroad I'm there straight after I land in the airport, as I know there'll be a warm blanket of love from the staff and personnel. As for the club itself, I've always said there's a ghost in the machine whenever I play! It's like some crazy voodoo stuff going on… the vibe goes beyond me. But the crowd and the energy play a part in that, you know. Whether I'm DJing with Zip or Daniel Wang or Gene Hunt, each time it blows my mind. The crowd, the music, the system: It all clicks together to create something much greater than the sum of its parts."

"The first time I did a solo night, playing a full 12 hours, I was a little worn down before I even started. So the club rebuilt my old studio in the DJ booth with my lamps and sofa and friends and records. It was my old studio totally redesigned in the booth! Some nights you can feel this amazing tension in the club. You can touch it. A warm, sexy vibe that I've never felt anywhere else. Sometimes I love the club so much I don't even go home; I just sleep on a couch, wake up and start all over again."

"Usually I'd say 'what happens in the club, stays in the club' but I have to pay big respect to Trouw and Olaf. He booked me for Club 11 when I was totally unknown. I have a lifelong loyalty towards him! I had a great experience there when DJ Harvey and Andrew Weatherall played together. They're kind of cut from the same cloth, but their spirits channel in different ways: a weird electronic techno/disco guy and a free-spirited guy who plays whatever comes to mind. Both with great beards. Being there to witness that unique fusion is a memory that will stick with me forever."