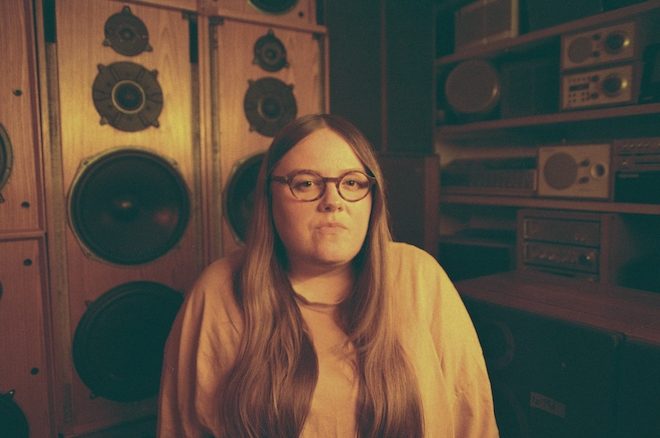 Emma-Jean Thackray, a mainstay of the South London nu-jazz scene, has this week announced the release of her new album ‘Yellow’.

It will be released on July 2 via her own Movementt imprint, which is affiliated with Warp Records.

Her latest single ‘Say Something’ is entreating, desperate but joyful, a plea for caution while also demanding some sort of articulation.

Thackray has commented on the album, saying, “It’s a record about togetherness, the oneness of all things in the universe, showing love and kindness, human connection. I approached the record by trying to simulate a life-changing psychedelic experience, an hour where we see behind the curtain to a hidden dimension, where the physical realm melts away and we finally see that we are all one.”

As a whole, ‘Yellow’ is in turns frenetic and tranquil, riding the waves of movement as they come.

Thackray is a multi-instrumentalist, composer, producer and band leader. She has recently provided bass for recent releases by Squid and Pinty.

Watch the video for ‘Say Something’ below and preorder ‘Yellow’ here.

Read this next: Listen to a playlist of acid jazz curated by Amaarae