Elsewhere is holding a string of live music events over the winter to celebrate the holidays and keep up morale during the icy cold New York weather.

The live music venue, nightclub and arts space in Brooklyn is presenting a new season of events with the first announcement of performers including Craig David, Franc Moody, and Anna Of The North.

Read this next: Elsewhere's Fall line-up

The shows will be going ahead most nights of the week from December through to February. The artists range from indie pop, to hip hop, and deep house.

During each event season the venue maintains seasonal Spotify playlists to keep listeners updated with the performers. Guest artists are also invited to create playlists, like Magdalena Bay who are performing in January. Their playlist includes new and old tunes that help create the mood for the event season.

Read this next: 6 photos of Elsewhere

All event listings and tickets can be found on the Elsewhere website. 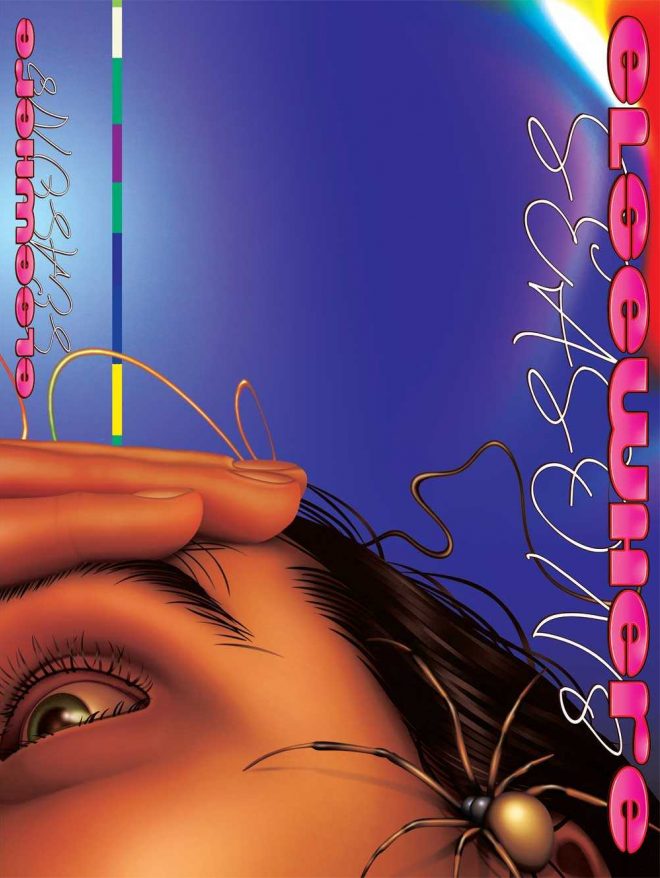 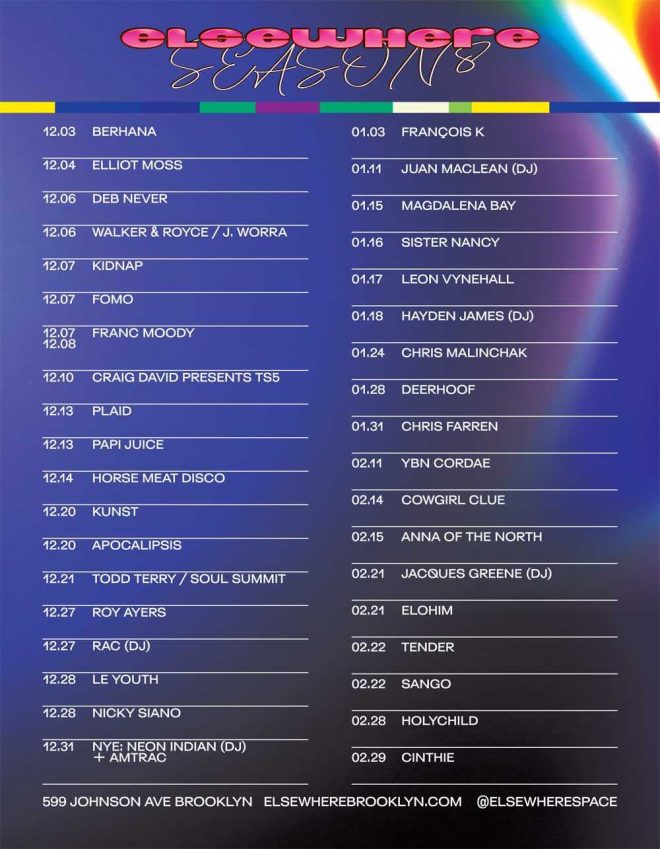