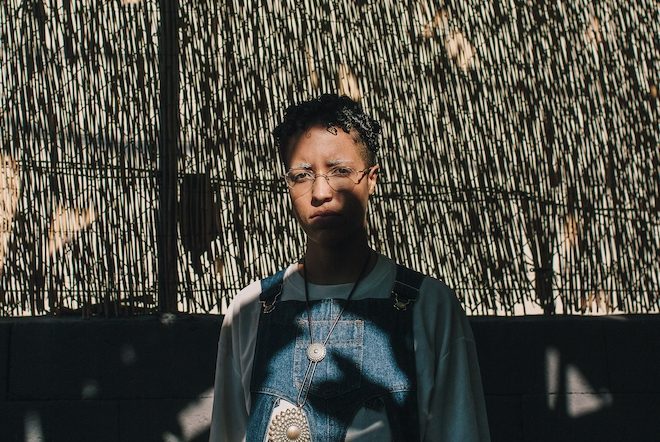 Haitian-American producer and composer Dyani this week released their debut album ‘Under’ on their own Chann3l imprint, which they co-own with their sister and manager Khalila Douze.

Inspired by Detroit techno and South African gqom, the album draws heavily from the Afrofuturist mythmaking of Drexciya, and is a combination of deeply spiritual, universally applicable and intensely personal material. Dyani draws on sound and sonics to, as the press release puts it, ‘resurrect spiritual tradition, ancestral memories, generational trauma and healing.’

‘Under’ is woven through with intertwined polyrhythms alongside a great reverberating sense of ambient sound that opens up the space between each beat. In their other work, Dyani is interested in the potential for sound healing through collective practices.

They’ve expanded this work in a new residency in Detroit called ‘Trust Your Rhythm’, where they connect Black and Brown sound healers to build a community of people interested in, as they put it, ‘transformative healing justice, with a particular focus on sound, rhythm and acknowledging the body as an instrument in need of tuning.’

In terms of their aims for this album and their work in general, Dyani says, ‘my dream is always for Black people, Black trans and queer people especially, not to just live in a world where we survive, but actually thrive. It is our birthright and we can only achieve that collectively, or we run the risk of burnout and isolation.’

Order a copy of the album here, and watch the video for single ‘Agwe’ below.