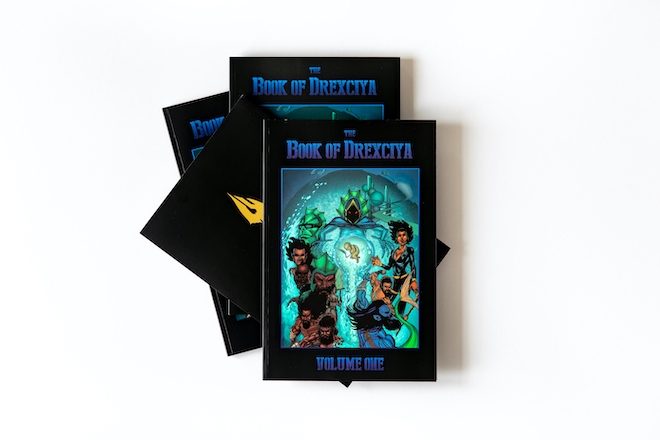 On May 22, Tresor will release ‘The Book of Drexciya Vol. 1’, the first in a graphic novel series covering the evolution of the Afrofuturist mythology surrounding the Detroit techno duo Drexciya.

The project started out as a crowdfunding campaign back in 2018.

The five chapters of this first volume covers the birth of the first Drexciyan. The mythology states that pregnant African women thrown off slave ships gave birth to subaquatic creatures that could breathe underwater. These became the Drexciyan wave jumpers.

The first Drexciyan later becomes Drexaha, the first king of the Drexciyan empire.

‘The Book of Drexciya Vol. 1’ is written by Abdul Qadim Haqq and Dai Sato. Haqq has crafted imagery for the key players in the Detroit techno scene for 30 years, such as Underground Resistance, Juan Atkins and Drexciya themselves.

Dai Sato is a Japanese screenwriter known for his work on ‘Cowboy Bebop’ and ‘Ghost in the Shell’.

Read this next: Dweller festival is reclaiming techno’s black heritage

The publication of the graphic novel is fully supported by Gerald Donald, the surviving member of Drexciya, and James Stinson’s mother Helen.

Order a copy of the book here.