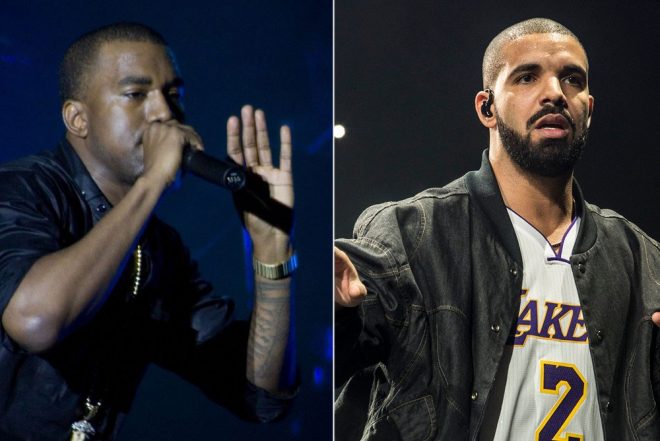 A screenshot of a map, with Drake’s full address and pictures of his home, was posted briefly on Instagram by the West, who went on to delete the post - though many fans caught it before it was removed.

Read this next: Drake blames COVID for his heart-shaped hairline growing in "weird"

Updating his Instagram story moments after the address was leaked, Drake posted a video of him chuckling in the front seat of a convertible cruising around the city of Toronto.

West and Drake have been publicly and privately beefing one another for the last few years, with subtle messages being sent by Drake in a number of tracks. Their feud was reignited recently when Drake appeared to call out Kanye on Trippie Redd’s ‘Betrayal’, saying:

“All these fools I’m beefin’ that I barely know / Forty-five, forty-four (burned out), let it go / Ye ain’t changin’ shit for me, it’s set in stone.”

West then posted a screenshot from a group chat that appeared to have Drake and Pusha T in it, with a message that he’d sent that reads:

“I live for this. I’ve been fucked with by nerd ass jock n****s like you my whole life. You will never recover. I promise you.”

With both rappers set to release music in the near future, West’s ‘DONDA’ and Drake’s ‘Certified Lover Boy’, many are waiting to see how the current spat will escalate, and whether it will affect release dates or musical content for either album.

Drake laughing at Kanye West for tweeting his address pic.twitter.com/hdN5anSfF9