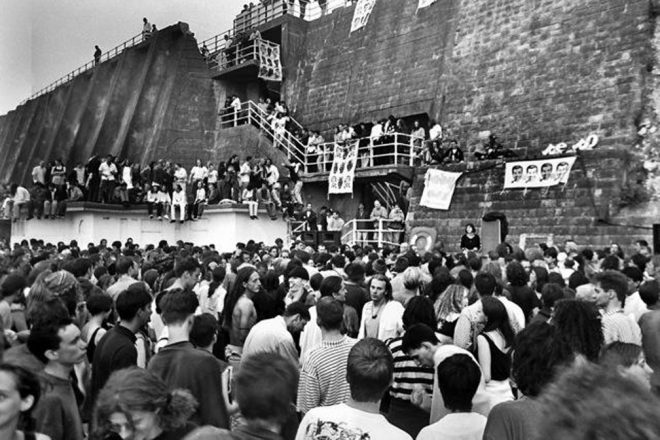 Dropping soon, Free Party: A Folk History is a documentary paying homage to the UK underground rave scene which started in the late 1980s.

Already in the works, director Aaron Trinder launched a Kickstarter campaign to get the documentary underway, recounting a long history of the UK free party movement which flourished through the 90s.

Read this next: Totems of rave: How Vinca Peterson documented the European free party movement

The film is expected to have a full commercial release by next year, with £20,000 pledged toward its launch already. It will be screening first at Barcelona's In-Edit Music Documentary Festival as a 'work in progress screening’.

“A new underground began to emerge with a radical idea. Why not make these gatherings go beyond weekend hedonism, instead rejecting the conventional transactional relationship between party go-er and organiser and commercialism itself. Why not make them - free parties?” reads the film synopsis.

As illegal underground and outdoor parties began popping up across the UK in place of acid house orbital raves and commercialised events charging top dollar, the government made attempts to crack down on events culminating in the party moving underground.

“The film is a unique look at how a pre-internet radical unifying youth culture exploded entirely through word of mouth and outside of the commercial mainstream and how that creative and radical energy is still making ripples in our challenging times,” said director, DJ and producer Trinder.

Free Party: A Folk History documents the legacy of these parties taking note from some pioneers of the movement, including interviews with sound system collective and 90s free party trailblazers Spiral Tribe, as well as DiY, Bedlam, Sugarlump, Chris Liberator and Charlie Hall.

Pledge to the Kickstarter here, and watch the trailer for Free Party: A Folk History below.