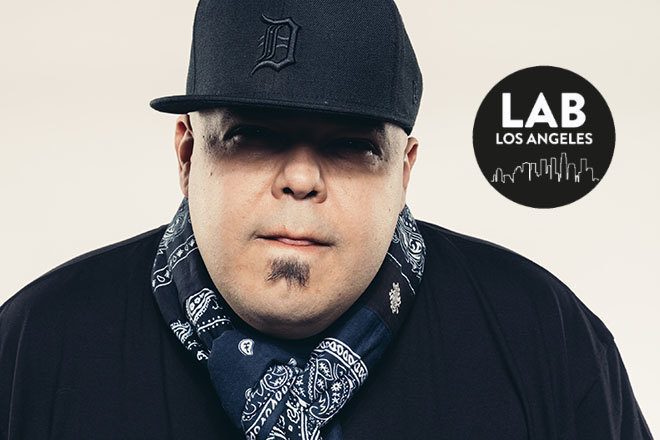 The Lab Los Angeles is Mixmag and Smirnoff Sound Collective's weekly post-work unwind where we stream only the finest American and international DJs, live and direct from our Downtown LA office. On Friday, we're back in The Lab LA with DJ Sneak.

Channeling his unique melting pot of influences both from his Puerto Rican background and his Chicago roots, DJ Sneak has made a name for himself with his funky-jackin-disco-filtered house style throughout a career that spans over two decades.

First cutting his teeth balancing the early stages as a DJ and producer with his career as an airbrush graffiti artist, he first launched his own independent label called Defiant Records before releasing some of his earliest tunes on Green Velvet's Cajual and Relief Records. His hits continued through the 90s, early 2000s and further with Magnetic Recordings, a new imprint launched to showcase new talents and honor the sound of Chicago House.

Los Angeles native Destrada is handling opening duties. His Latin heritage and California influences make him the perfect fit for this Friday night ahead.