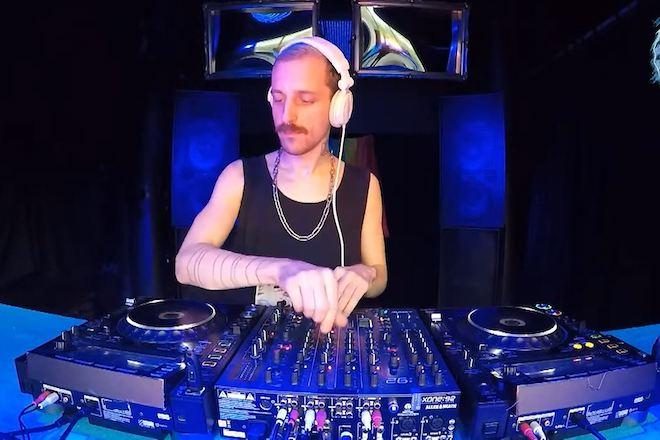 Avtomat, a DJ and member of the Oramics collective, was arrested yesterday Friday 7 August 2020 at a peaceful protest in Warsaw, Poland.

The protest was organised to show solidarity with Margot, an LGBTQ+ rights activist from the group Stop Bzdurom, who was going to be arrested.

Roughly an hour’s-worth of the protest was live-streamed on Facebook. After around an hour of protesting, the police force who were tasked with arresting Margot arrived and left without her, not arresting her when she tried to willingly give herself up.

According to sources, plainclothes police officers arrived later in an unmarked car to arrest Margot. Protestors, of whom Avtomat was one, created a peaceful barricade around the police car to block Margot’s arrest. Margot was arrested and officers allegedly then began arresting protestors at random.

According to sources, the protesters who were arrested were held without being told why. After enquiry from lawyers, it emerged that the arrested group of protesters are allegedly going to be charged with assault on officers. Two of the group are allegedly wounded.

Over the weekend and into Monday, queer protest groups are organising protests in solidarity with those who have been imprisoned. Poland’s club scene is joining in, with parties being held in Pl. Defilad in Warsaw and ul. Szeroka in Kraków.

Avtomat is a member of the Oramics and Ciężki Brokat DJ collectives, and has been prominent in Poland for organising and playing at queer parties since the early 2000s. Last year, he released a track on Oramics’ compilation ‘Total Solidarity’ sampling a speech made by Polish MP Krystyna Pawłowicz in which she said that LGBTQ+ relationships were unproductive and couldn’t be supported by the Polish state. The proceeds from ‘Total Solidarity’ went towards supporting queer non-profits in smaller Polish cities.

Margot was wanted by the police for adding rainbow flags and pink facemasks bearing the anarcho-queer symbol to three of Warsaw’s public monuments, including a statue of Jesus Christ.

This led to widespread backlash across Poland, and Margot was wanted under Poland’s law that prohibits offending religious feeling by “insulting a religious object or place of worship”. The charge for this can be up to two years imprisonment.

Poland’s President Andrzej Duda was sworn in for a second five-year term earlier in July. Duda ran his presidential campaign on the promise to write a ban on same-sex marriage and adoption into Poland’s constitution. Poland currently doesn’t recognise same-sex marriage.