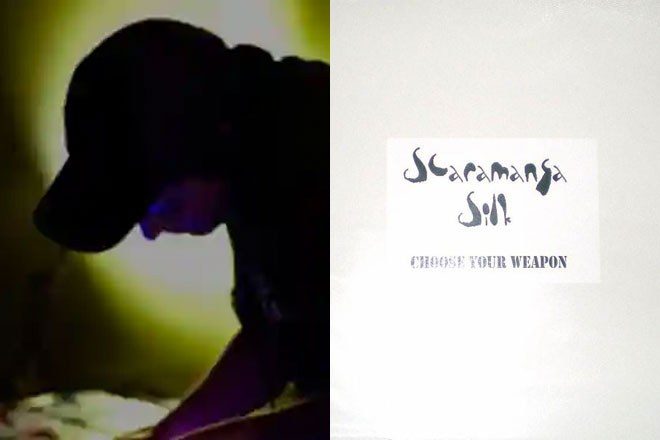 The title of most expensive record on Discogs now belongs to 'Choose Your Weapon' by British electronic musician Scaramanga Silk.

It was self released by the artist in 2008 as a 12"/CDR double pack in an edition of 20. The bundle for the one-track single also includes an art print and poem cut to acetate.

The release had previously sold on eBay for $654 but was snapped up on Discogs in December for a whopping $40,000 like the dance music equivalent of GameStop stock.

In a statement to press, Discogs said that "how that price tag sky-rocketed to over $40,000 remains a mystery.” In doing so, 'Choose Your Weapon' knocked Prince's 'The Black Album' off the top of the site's most expensive list. That LP now sits at number two, having sold for $27,500.

Read this next: The 10 best DJ mixers

“It is very difficult to understand why the release went for that kind of money, as I do not believe that any record is worthy of such a valuation,” Scaramanga Silk said.

He last released a record under the alias in 2016, his debut album 'Designer Scribble'.

'Choose Your Weapon' was “a response to the issues around knife and gun crime at that time. Much of the media coverage appeared to be focused on blame rather than looking at solutions," the artist said.