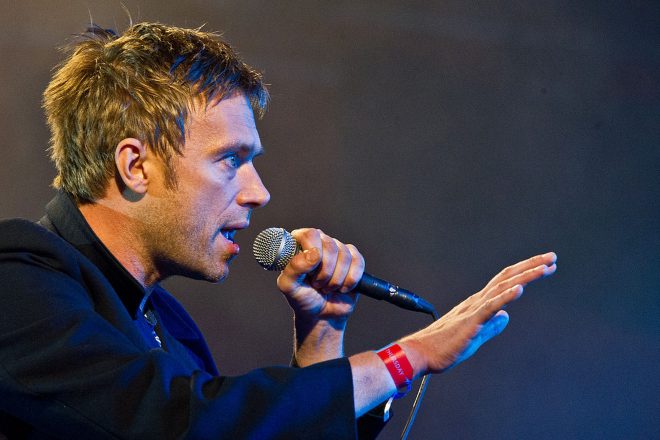 While many of Kanye West's peers continue to express their opinions on the eccentric artist, including Trent Reznor who said Kanye blatantly ripped off Nine Inch Nails, a recent interview with Damon Albarn exposed some intriguing insight into Kanye's collaboration with Paul McCartney.


Speaking with with French publication L’obs, the Gorillaz frontman expressed his opinion when asked about Kanye West's use of samples on Pusha-T’s 'DAYTONA'. As the original interview is in French, the rough translation is fairly blunt, according to Stereogum: “I do not sample, I create music. Do not get me started on Kanye West… Kanye West trapped Paul McCartney.”

Elaborating on the topic of how Kanye West "trapped" Paul McCartney, Albarn touched on the specific collaboration between West, McCartney and Rihanna titled 'FourFiveSeconds': “It’s rude. I have a problem with this abusive collaboration: We’re talking about Paul McCartney, anyway! Kanye West thinks only of Kanye West, using a name to make headlines, saying, ‘McCartney is in my song.’ In addition, he puts McCartney in the video of the song, but not in the song itself.”

Albarn goes on to state that he even warned McCartney about working with West, but to no avail: “Before he decided to work with Kanye West, I sent a text message to McCartney saying, ‘beware,’ but he ignored it. He does what he wants, it’s Paul McCartney."

According to CoS, McCartney was also surprised by West's handling of the collaboration on 'FourFiveSeconds', stating that he didn't think West was even planning on working with him while they were in the studio together. West was apparently looking at photos of Kim Kardashian the entire time: “I’m thinking, ‘Are we ever gonna get around to writing?!’ But it turns out he was writing. That’s his muse. He was listening to this riff I was doing and obviously he knew in his mind that he could use that, so he took it, sped it up and then somehow he got Rihanna to sing on it.”

Albarn concluded with a final note on the polarizing rapper and producer: "Kanye West is one of those people who feed on other people.”

In other news, Damon Albarn recently said he's "permanently dissatisfied" with his own work. Find out why here.