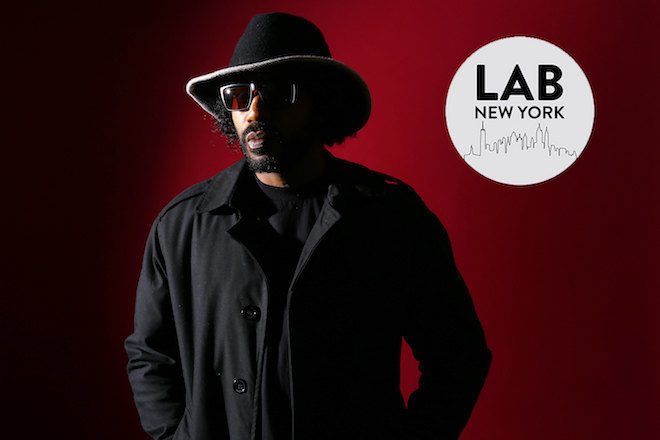 The Lab NYC is Mixmag and Smirnoff Sound Collective's weekly afterwork party where we stream the best American and international DJs from the intimate space connected to our Brooklyn office. This Friday, Mixmag is turning the funk all the way up with a true master, Dam Funk.

Since his 2008 debut on Stones Throw Records, Damon "Dam Funk" Riddick has earned himself the prestige of a true pioneer in classified funk. Originally from California, the producer and vocalist drew heavy influences from a range of different artists, everyone from Egyptian Lover to Prince.

He dubs his distinctive brand as "modern funk", a sophisticated take on the classic genre with a tinge of underground.

Funk boasts an impressive resumé of fans, with names like Hudson Mohawke and Snoop Dogg reaching out for collaborations and tour support for Erykah Badu and Flying Lotus.

The Lab NYC is strongly powered by Void Acoustics. Subscribe to Mixmag TV and watch Dam Funk in The Lab NYC on Friday February 17 at 8PM EST via Mixmag's Facebook Page.