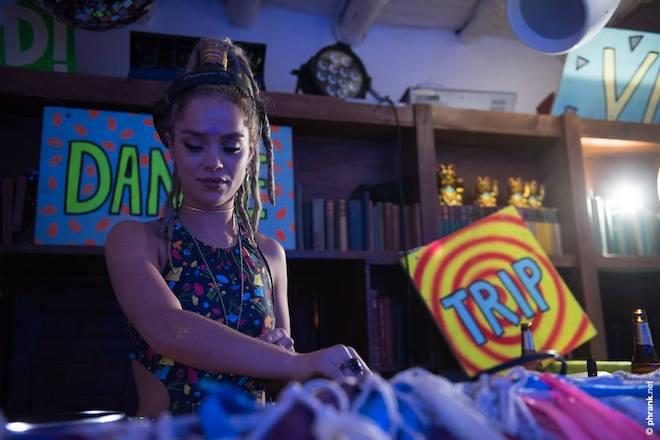 Ibiza’s pioneering Cosmic Pineapple - which mixes spirituality with rave in a unique, exploratory way - has announced its return for 2022.

Returning for its seventh season, the event will be returning to Pikes in Ibiza and running its ‘Cosmic Boat Trip’ to Es Vedra, Ibiza, all between May and October. There will also be an autumn retreat, with the date yet to be announced.

Cosmic Pineapple’s events are designed to connect, heal, and feel good. They involve music - from DJs such as resident Cici, to past sets from DJ Tennis, Ida Engberg and Sasha - with sound healing, meditation, creative expression and more. Alternatively, there is a space offered to simply relax by the pool, embrace a creative market and connect with friends.

Read this next: Cosmic Pineapple returns to Pikes Hotel in Ibiza for a 2021 season

“I feel like we have come a long way since the start,” explains Cosmic Pineapple creator Kim Booth. “When we started Cosmic in Ibiza, it was a new concept to the island and it took people a little time to come around to it - how can you merge the more spiritual side of life, with the fun? Now it’s a lot more open and people are thirsty for it - they know that it’s important to stay balanced and healthy and be more conscious.

“The intention for this year is Rainbow Light - the seven colours of the rainbow and the aspect of Unity that the rainbow represents. There is an ancient Native American prophecy about the Rainbow Warriors - about a time where people of all colours will come together to help heal the earth and raise the energy. We are in that time.

“Not everyone can go and live in a community and grow their own garden (yet - although in the future, you shall want to!), but Cosmic Pineapple is for the creative change makers. Those who are out working in the world, and who like to celebrate life and have fun, but who also have lives and jobs where they may want to inject a little more cosmicness and consciousness into it. This is how we all create change, step by step - we are on that bridge.”

Read this next: Cosmic Pineapple is bringing rave and spirituality together to revive Ibiza’s freak scene

This year marks the return of Cosmic’s Space Rave, welcoming back Cici as resident for another year with other featuring DJs yet to be announced.

"So excited for the seventh season of Cosmic Pineapple as every year it has grown and taken its own shape according to the season’s theme," Cici says. "I am especially looking forward to being able to dance in Freddie’s - the Space Rave - again after two years of restrictions.

"I’ve always believed dance is therapy and I think it’s so important to express yourself with your body and let go to the music: Cosmic Pineapple is the perfect place to do that."

Each event held - from the raves, to teachings, the creative markets and more - is for charity, and attendees will be asked for a charitable donation on the door. The first event of the year will support charity Choose Love. Since the Cosmic Pineapple launch, over £30,000 has been raised for various charities.

You can find out more about Cosmic Pineapple’s seventh season on the White Isle here.