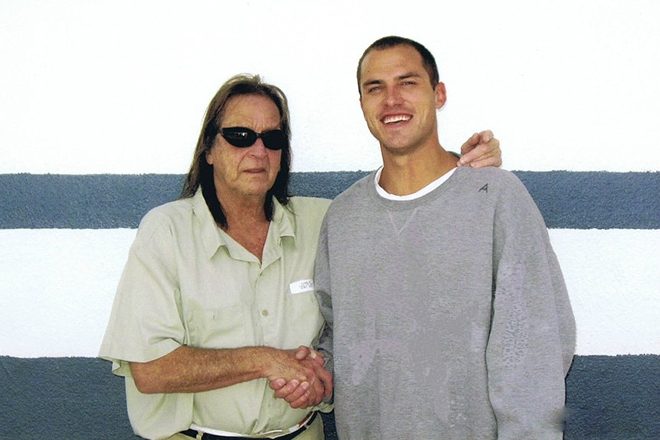 No cause was given for his death, which was announced on his social media on Wednesday morning. TMZ reported that the cartel member has recently been experiencing liver and kidney failure which could be related to his death.

At the height of his drug smuggling career, George Jung made millions of dollars a day flying cocaine-filled planes across from South America into the United States.

Read this next: The 30 best songs about cocaine

Along with his notorious accomplice Pablo Escobar, the cartel became the largest drug-smuggling ring in the Western hemisphere. An estimated $420 million a week, or $22 billion a year, was made by the drug ring at their peak.

The 2001 film Blow directed by Ted Demme paid homage to the late cartel member, based around his life during the late 20th century. Johnny Depp played Jung in the Hollywood film, which was adapted from the book Blow: How a Small-Town Boy Made $100 Million With the Medellín Cocaine Cartel and Lost It All.

Jung also went by the names Boston George and El Americano during his career, later being arrested and serving almost 20 years for his crimes.

Read this next: Someone created a cocaine calendar in the 1970s and its pretty outrageous

“I don’t call myself a gangster,” George Jung told The Boston Globe in 1993. “I’m an outlaw. Bob Dylan said when you live outside the law, you must be honest. A gangster is a person who steals and cheats and takes. I never took. I just gave.”

The Massachusetts-born cartel member also spoke highly on Blow, saying: “There’s something in it for everyone. Advice, betrayal, love of a parent, loss of a parent, broken dreams. It’s a lesson plan for life.”