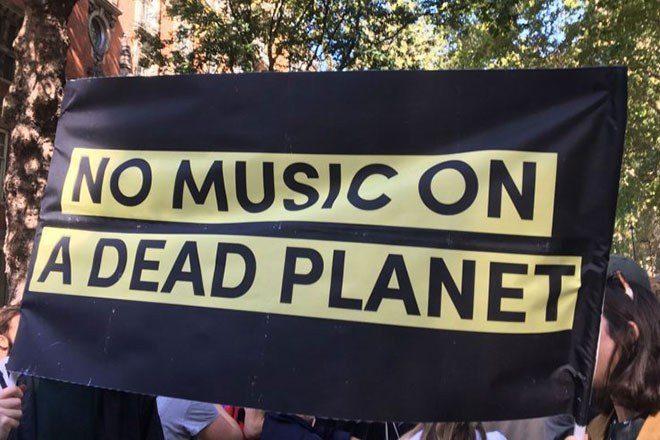 In a year that teenage activist Greta Thunberg had a powerful UN speech turned into a mash-up and played by Fatboy Slim, 'climate strike' has been named word of the year by Collins Dictionary.

Thunberg has become recognised worldwide after playing truant from school and protesting outside parliament in Sweden and calling out world leaders for their ignorance towards climate change.

There's also been the protests of activist group Extinction Rebellion, whose protests made their way into Glastonbury and welcomed the likes of Massive Attack to play in London.

Such has been the impact and visibility of Thunberg and Extinction Rebellion, it's no surprise the words 'climate strike' has won the word crown.

Climate strike is defined as “a form of protest in which people absent themselves from education or work in order to join demonstrations demanding action to counter climate change.”

Helen Newstead, Collins’ language content consultant, said: “Climate strikes can often divide opinion, but they have been inescapable this last year and have even driven a former word of the year – Brexit – from the top of the news agenda, if only for a short time.”