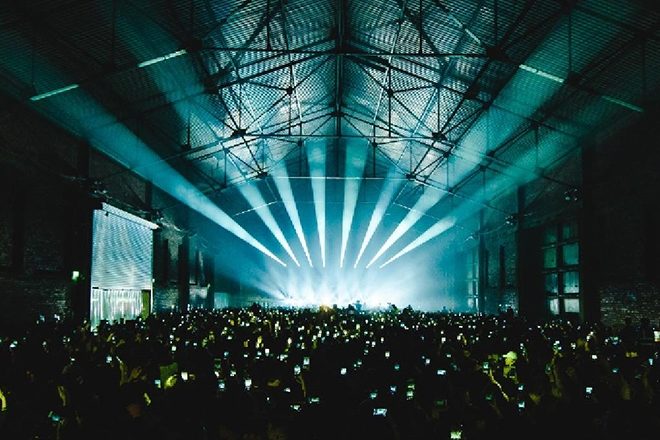 Liverpool will host the first club nights in the UK in more than a year, starting later this month.

Two pilot test events will take place on April 30 and May 1 at the city’s Bramley-Moore Dock, as part of the UK Government’s Event Research Programme (ERP) trial events to test safely reopening the economy.

6,000 will pack into the venue across the two consecutive nights, with up to 3,000 people permitted entry each night.

The club nights will be Circus parties. Founder Yousef posted on Twitter: “Circus will be the UK’s first club event post covid, as part of the government pilot events scheme. April 30 & May 1 in Liverpool. Many More details soon.”

He said that the venue is a “beautiful warehouse” which can hold 6,000 people with an outdoor space with capacity for 10,000. The “enormous square footage” will allow for the specific needs of the test event to meet, which will have “whole team of scientists” present to collect data.

All attendees will be required to produce a negative COVID-19 test before entry with a rapid lateral flow test. They will also be required to take a follow-up test some time after the event so any infections and lack thereof can be tracked.

Yousef said: “I think everyone, it doesn’t matter who you are in the world, we all understand this feeling.

“The kind of idea of being back into some sort of normality, and especially if you’re into music of any variety, half of the excitement of it is being with other people.

“It doesn’t matter which band or DJ or whatever it is, it’s the inclusive inclusion of what you’re used to.”

The club night takes place as part of a series of trials for allowing people to attend events, with other planned pilots including the FA cup final at Wembley Stadium, World Snooker Championships in Sheffield, and a comedy club in Liverpool.

A number of events will take place with no social distancing requirements, under carefully controlled medical supervisions.

Venue and safety precaution variables such as layout, mask wearing, ventilation, catering and alcohol sale will also be analysed, with each event overseen by a team of researchers closely assessing crowd movements and interactions.

A specific ‘vaccine passport’ is not something being tested by the club nights, but a valid ticket and negative COVID test are required. Anyone who produces a positive test will not be allowed to attend and must quarantine themselves.

Ticket details for the Circus events in Liverpool are expected to be announced soon.

Read this next: Ministry of Sound will reopen with “emphasis on homegrown" DJs