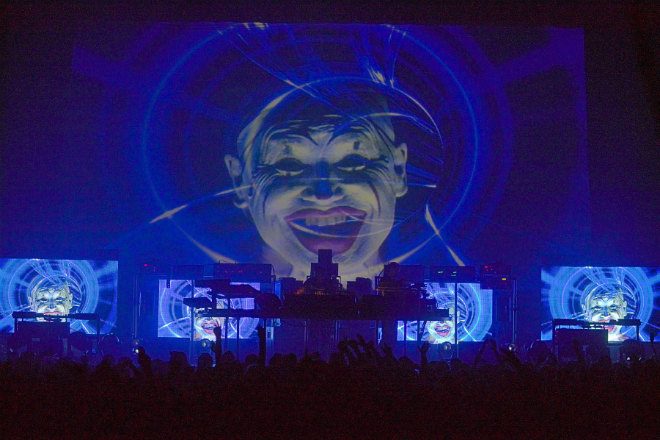 The Chemical Brothers’ closing set at Glasgow’s TRNSMT festival could apparently be heard in the town of Renfrew, eight miles away from the festival site.

Residents tweeted that they could hear the music from the nearby town when The Chemical Brothers played on Sunday night, as well as people living around the city centre.

“You could Shazam The Chemical Brothers from my bedroom window in Renfrew it’s that loud,” tweeted one user jokingly.

“Can not only hear TRNSMT from over 5 miles away in Crookston, but I can tell what song the Chemical Brothers are currently playing,” said another with a laughing face emoji.

TRNSMT festival went ahead this weekend from September 10 - 12, drawing in 50,000 from Scotland and beyond across the three days. It was one of the first large scale events to take place in Scotland since the pandemic began.

"I'm 2.5 miles from the TRNSMT gig & right now The Chemical Brothers sound like they're in my driveway," tweeted another Glasgow local.

I'm 2.5 miles from the TRNSMT gig & right now The Chemical Brothers sound like they're in my driveway.

Thousands attended The Chemical Brothers closing show, which was said to be “life-affirming” by one Twitter user, who added a video of the duo performing backed by mind-blowing visuals.

One attendee was praised for his ingenious trick of burying a bottle of Buckfast on the festival site weeks ahead of the festival, before noting where he placed it and digging it back up once inside.

Headliners at this year’s event included The Courteeners, Liam Gallagher, Primal Scream, and Snow Patrol - with Ian Brown set to play a headline slot and pulling out last minute, denouncing the festival’s COVID control as “bullshit”.

“Masks, Tests, Jabs, Digital health ID passes. I'm exempt to all due to allergies. I'm allergic to bullshit!” he Tweeted in July after the festival announced that they would be implementing COVID restrictions on entry.