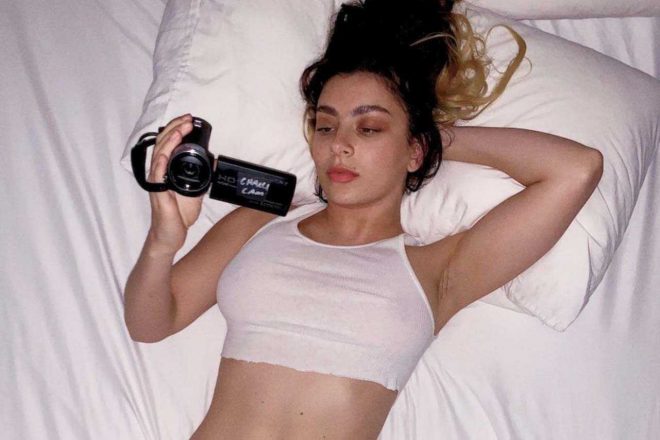 Charli XCX's new documentary will showcase the artist's process of creating her latest album 'how i'm feeling now' within 40 days in quarantine from April 6 to May 14.

The original announcement was back in March after it was premiered at the virtual version of SXSW.

This will be the director duo Bradley&Pablo's debut film after having mainly worked on music videos for artists such as Kanye West, Harry Styles and more. It has also been produced by Charli XCX, who recently announced a new tour, alongside Snoot Entertainment and Dangerous Baby Productions.

The narrative of the doc has been described as: “With almost a year of editing over 5000 clips from different cameras and formats condensed into 107 minutes, Charli XCX: Alone Together is a love letter to her fans who are the co-stars of the movie,”.

In an interview with Variety last year the pop star told them: “It felt only natural to document myself making this album,

“I don’t think I’ve ever made music in such a unique situation: being so logistically far apart from my collaborators, but going through exactly the same thing, writing songs about my relationship with my boyfriend sitting in the next room, and being so connected to my fans in such an intense and creative way, it felt quite overwhelming and heartwarming all at the same time.

Read this next: A New Documentary Is Exploring The Origins Of Punjabi Garage

Charli has also released two new singles in the last couple of months including ‘New Shapes’ featuring Caroline Polachek and Christine and the Queens as well as with the album ‘Crash’ to be out in March.

Charli XCX is touring Europe and North America next year, get tickets here.