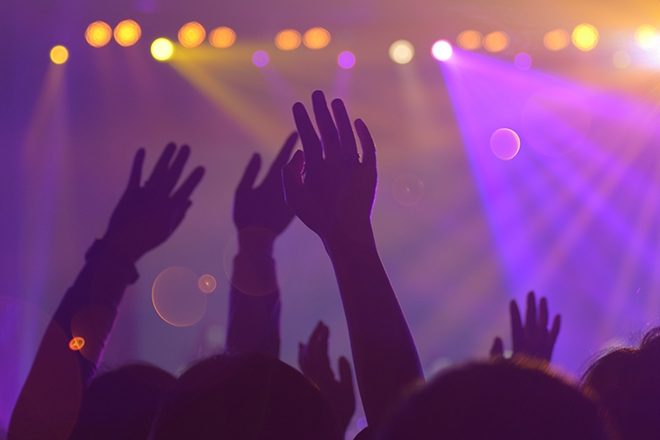 Charities and campaigners have criticised the government’s plan for nightclubs and bars in England and Wales to be patrolled by undercover and uniformed police officers in a bid to protect women.

Bryony Beynon, the managing director of the Good Night Out Campaign, called the plans “pretty frightening”, adding that it “feels like an increase in police intrusion into social spaces”.

Another aspect of new government measures amid calls to protect women from sexual harassment and assault following the arrest of a serving Met Police officer for the murder of Sarah Everard included doubling the Safer Streets fund that pays for street measures such as better lighting and CCTV to £45 million.

Beynon said: “It feels like a real scattergun approach, which certainly looks like an attempt to distract from the rightful criticisms of the last week, particularly that kind of police response on Saturday,” referring to the heavy handed policing of a peaceful vigil commemorating Sarah Everard in Clapham Common on Saturday evening.

She added that better handling of sexual assault and harassment reports by institutions such as the police would be more effective in dealing with these crimes, so that women being targeted feel “confident and able to name what is happening” and confident their report will be dealt with and support offered.

Beynon added: “The idea that undercover or plainclothes officers are somehow going to be a source of support just seems like very strange logic.”

Read this next: 10 things you can do to make dance music less sexist

Earlier this year campaign coalition End Violence Against Women brought a legal challenge to the Court of Appeal, aiming to show that a change in prodecure in the Crown Prosecution Service’s handling of serious sexual offences in 2016-2018 was unlawful.

According to EVAW, the CPS moved away from a "merits-based approach" based on objective assessment of the evidence to a "bookmaker's approach", which saw prosecutors consider what may happen based on past experience of similar cases.

This week, the Court of Appeal dismissed the legal challenge and ruled the change in guidance was not unlawful.

Alessandra Peters, a policy officer at anti-sexual violence student campaign group It Happens Here Oxford, said the general response to the new government measures was that plainclothes officers were “not a deterrent to harassment and assault”.

Measures she does recommend include “nightclubs having CCTV in all areas, offering lids on drinks to help prevent drink spiking, and public transport infrastructure which will support women getting home safely.”

Read this next: Two-thirds of women are worried about sexual harassment at festivals

A spokesperson from the Centre for Women’s Justice said: “Many women will now be quite rightly asking: ‘But who will protect me from the plainclothes officer?’ Undercover policing has recently been exposed as providing an opportunity for police officers to abuse their cover in forming inappropriate sexual contact with women. This initiative needs much more informed consideration.”

Labour MP Stella Creasy also criticised the government’s new measures as largely ineffective, saying: “Sarah Everard was not on a night out, so the idea that putting plainclothes police officers in nightclubs is going to solve this problem doesn’t recognise that women get abused, assaulted, intimidated in all sorts of places.”

In relation to the Safer Streets funding, she said: “Ask women who’ve gone for a run recently in broad daylight in their parks about their experiences and you’ll realise some of the scale of the challenge.”