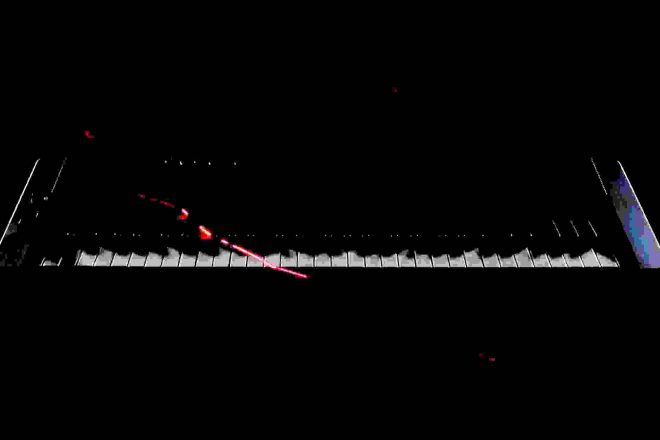 Casio's new synth may contain vocoding features, as teased in a new trailer.

The 19-second video shows the synthesiser, which looks to be red and black in colour and is accompanied by a robotic voice saying, "Do you hear the music?" — implying that vocoding abilities will be included.

Read this next: This Casio keyboard has been turned into a sex toy

Casio originally teased the synth in late 2021 with a different short film titled Are You Ready? in which it disclosed that the synth will be powered by Casio's AiX technology, which is also featured in their CT-X keyboards.

Acoustic instruments such as guitars, bass, brass, string ensembles, and others may now be reproduced.

Read this next: 10 most influential synths of all time

Do you hear the music? Check out our third teaser and sign up for mind-blowing updates on our exciting new product which will be officially launched Thursday 20th January 2022: https://t.co/Zdg8wprtnRhttps://t.co/v2ElTMm9jX pic.twitter.com/cefdsefprJ

One user commented on the YouTube teaser: "Looks like it's a Casio CT-X meets MZ-X meets CZ type of thing.

Read this next: 5 best beginner synths

"Lets hope for at least 64 notes of polyphony and a touch screen".

Another said "I like that it is slim! Let’s see what it is about".

An email sent to Mixmag confirmed that the synth is due for release on January 20 2022.

Watch the teaser trailer below.