Carl Cox: “DJ schedules are a military operation … When I started we never had this intensity” - News - Mixmag
Home Latest News Menu 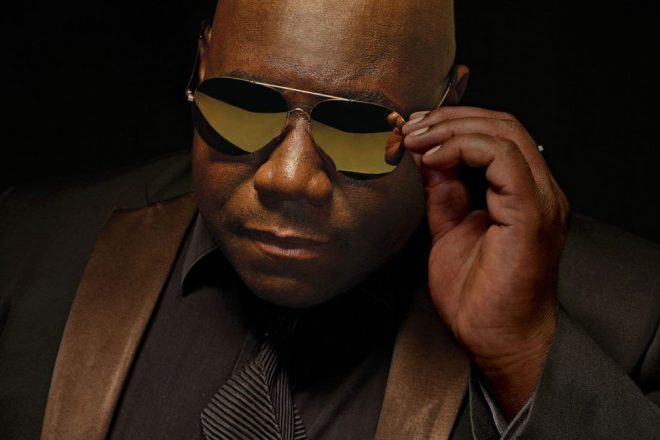 A new interview with Carl Cox has hit the net over at Rave Reviewz, and the global dance favourite has opened up on topics such as the early days of rave culture and the modern relentlessness of tour schedules.

Speaking about his early experiences in the accepting atmosphere of party culture he said: “I grew up in the 70s when there was a lot of National Front and a lot of hatred for West Indians and ethnic minority groups. I came forward through it all and just thought ‘you know what? I don’t really care, my music is an open door for everyone. If you don’t like it walk away, if you do you like it - enjoy yourself’.

“The rave scene as a whole was so amazing because it didn’t discriminate against anybody… whether you were a punk or a teddy boy, into rock ‘n’ roll or hard metal. It didn’t matter, if you liked the music and you’re into it, there would be other like-minded people who would embrace the fact, and it didn’t matter what colour or creed you were.”

He also commented on how the surging popularity of dance music and DJs on an international scale is impacting upon the hecticness of artists’ lives and travelling schedules.

“It can be kind of lonely… if you go out there and you’re rocking the house with 2000 people, and they want one more tune and everyone’s clapping, but you can’t do one more and you walk away, get in your car and go to your hotel room, then you’re on your own,” he said, adding: “No one is saying ‘poor me’, but it does have an effect on who you are. When I started DJing we never had this intensity, the only DJs playing at this intensity were radio DJs who did roadshows with 50-60,000 kids screaming at them. Other DJs played pubs and clubs - we’d finish at 11 and be home by 12! What we are doing now is way beyond that.

“It is almost like a military operation - 'how do you get Carl to play 3 parties, over 2 days, in 3 different countries?'. Sometimes you take a normal flight, sometimes we need a private jet to be able to do it all, but at the end of the day I don’t like letting anyone down. If I’m booked to play there, then I’m booked to play there and I do have a 99.5 per cent turnout rate. So that’s the biggest challenge with all this, getting there.”

Talking about how peaks of success and lower career moments impact upon an artist’s mentality, Carl said: “It’s difficult when you’re young and thirsty for it, and then you get it. You put your record out, it’s number one and all the DJs love it, the girls love it, you’re at the top step, you’re getting flown everywhere first class. Then your next record isn’t as popular, you don’t get all the adulation and all the girls disappear, so then you think right - I’ve got to make my next record more commercial, like my first one. That’s when it goes wrong. What you have to do is go ‘right who am I? Why am I making this record? What’s my purpose as an artist?’.”

Carl Cox also recently spoke with us about the upheaval in Ibiza this season and his plans for Pure in Australia.