A year and a half on from the epochal closing of Space Ibiza, emotions are still running high for Carl Cox, who held a residency at the club for 15 years. He revealed he’s still not stepped foot inside the new club where Space once stood, Hï Ibiza.

“I always get asked to go there to have a look and to see what it’s all about, what it’s like, I’ve heard it’s great, people really enjoy it, good soundsystem,” said Cox, but added: “I think I’ll shed a tear as I walk through the door. So, I’m still not ready to go into that club at the moment.”

Reflecting on what looks to be a transitional year out on the White Isle, with long-term parties such as Cocoon and Cream relocating, Cox said: “It’s changed. A lot of changes are going on on the island and it’s kind of a little bit disrupted right now so it’s not good. It’s not good at the moment. [The fact] you’re kind of going on the island and not knowing what’s actually happening anymore is a bit weird.

“There’s a lot of new nights happening, new DJs coming through, and they’re trying their hand at residencies themselves and we don’t know really what’s going to happen this year." 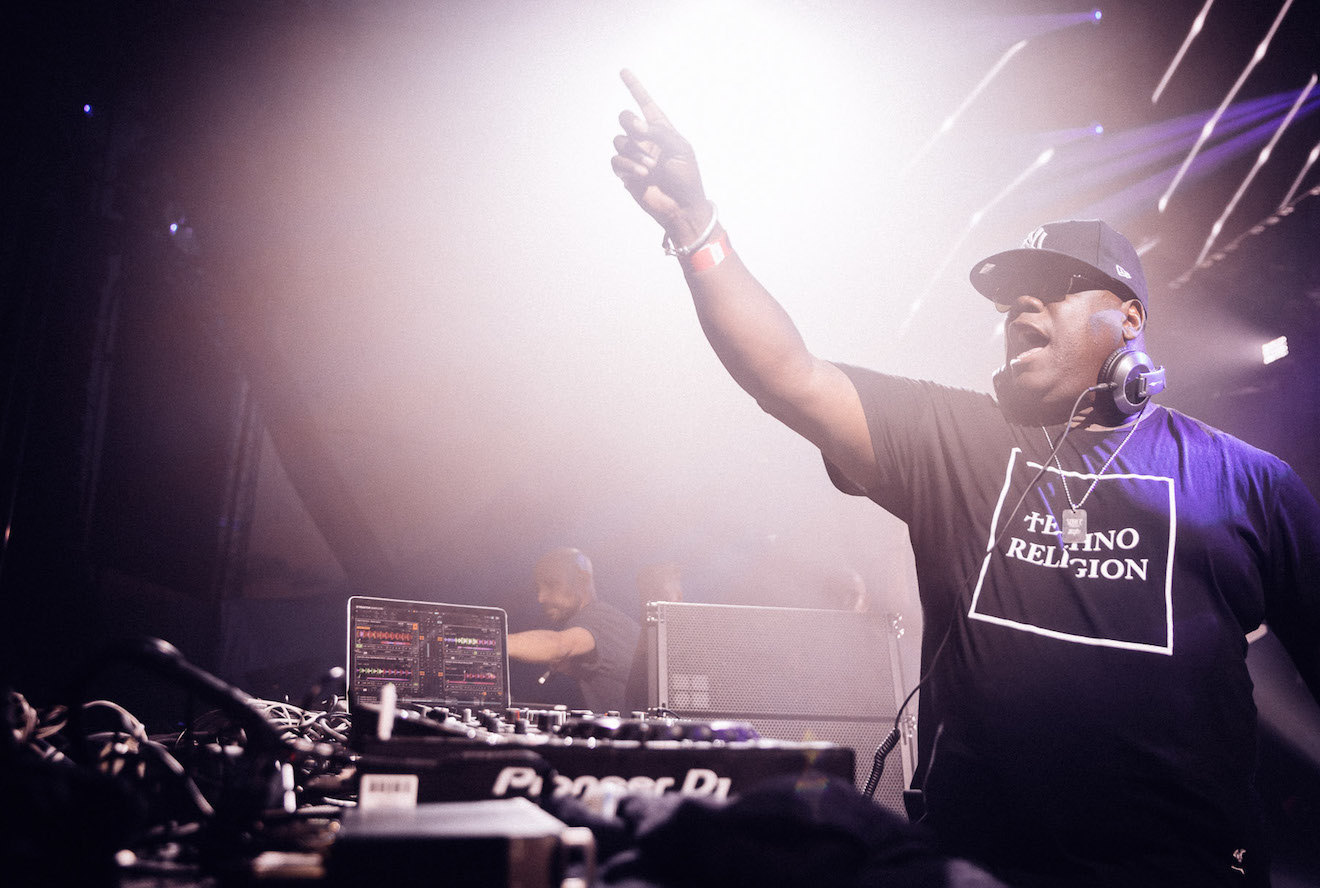 Cox is excited about a fresh start, and having more freedom in where he appears. This summer he’ll play for Resistance at Privilege, and also lay it down at standalone gigs at Amnesia, DC-10 and Pacha.

“It’s a new era now. Things change, move onwards and upwards, and for me it’s great that I’m able to now spread my wings and get myself around the island rather than just be stuck in one club for the whole duration,” says Cox. “I was at Space for 15 years and then another four years after that playing the opening and closing parties, so it’s a good time for change for me also.”

Cox notes that his age has made him reevaluate the hecticness of his touring schedule: “You see a lot of DJs at the moment playing gigs upon gigs upon gigs. We’re here, and I’m there, and I’m at this after party, that after party, it’s all very, very much incestuous, to the point that, where do you go from all of this? In the sense of your life, I mean. I’m now coming up to 56 this year, and I’ve done nothing but DJing and being in nightclubs, so if I don’t take stock of what I do for my life now, I will miss it.”

He adds: “I’ve got to pull away and basically slow things down a lot, choose my events wisely, so I’m able to have some sort of life, especially where I am now. And when I do go back in, I go back in full force, so I feel so good about it.

“I’ll be leaving here tomorrow to get on a flight to go to Miami to play the 20th anniversary of Ultra, and I’ve got nothing but energy for it. Rather than coming from another party that I didn’t sleep from, and travelling 8-10 hours to get there thinking ‘Oh my god, I’m on in two hours and I’m going to be playing my set’. I don’t wanna feel like that. I wanna feel like I’ve had a really good sleep, I’ve tested my records out, I know what I’m going to play, and just go in and just actually smash the dancefloor. That’s how I wanna feel on every single event, so I’m ready to do this, to step back. And I’m ready to come in if and when I can.” 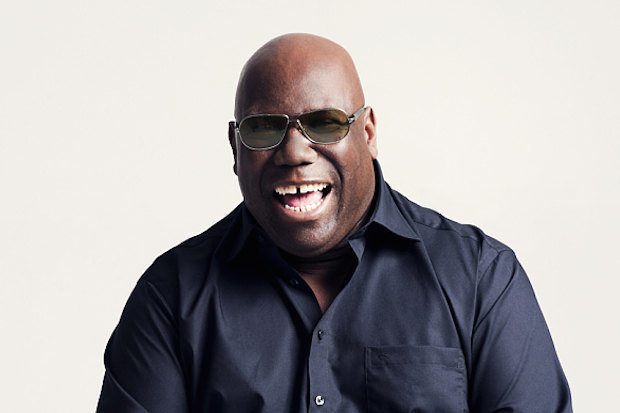 Beyond Ibiza and his own schedule, Cox thinks dance music and clubbing on a global scale is in a state of upheaval, largely due to technological advancements and social media.

“As soon as a DJ goes up on the decks, the only thing that happens is the cameras go up. That means the people are not dancing, where years ago when the DJ went up everyone cheered and they got dancing,” he notes. “Things have changed, and I’m not sure for the better. Because technology is playing such a major part now, the feeling of, the spirit of, what we did is kind of diminished.

“I think it’s bad for dance music because the idea was to disconnect yourself from the distractions of social media and basically dance and get into the music. One of the reasons why we did this in the first place was to get away from being connected and all we’ve done is got connected.”

“I’ve played many, many long sets, and because I’ve played one record they didn’t like, my set was considered shit. It’s not just me, it happens with everybody. You’re trying to make a journey with what you’re doing and the sound, and there’s the social media straight away, and then you’ve got other people that latch onto that and think the same. But they weren’t even there, and they probably don’t even know enough to be in the bloody place - if they were there, they would understand that that was a journey point.” 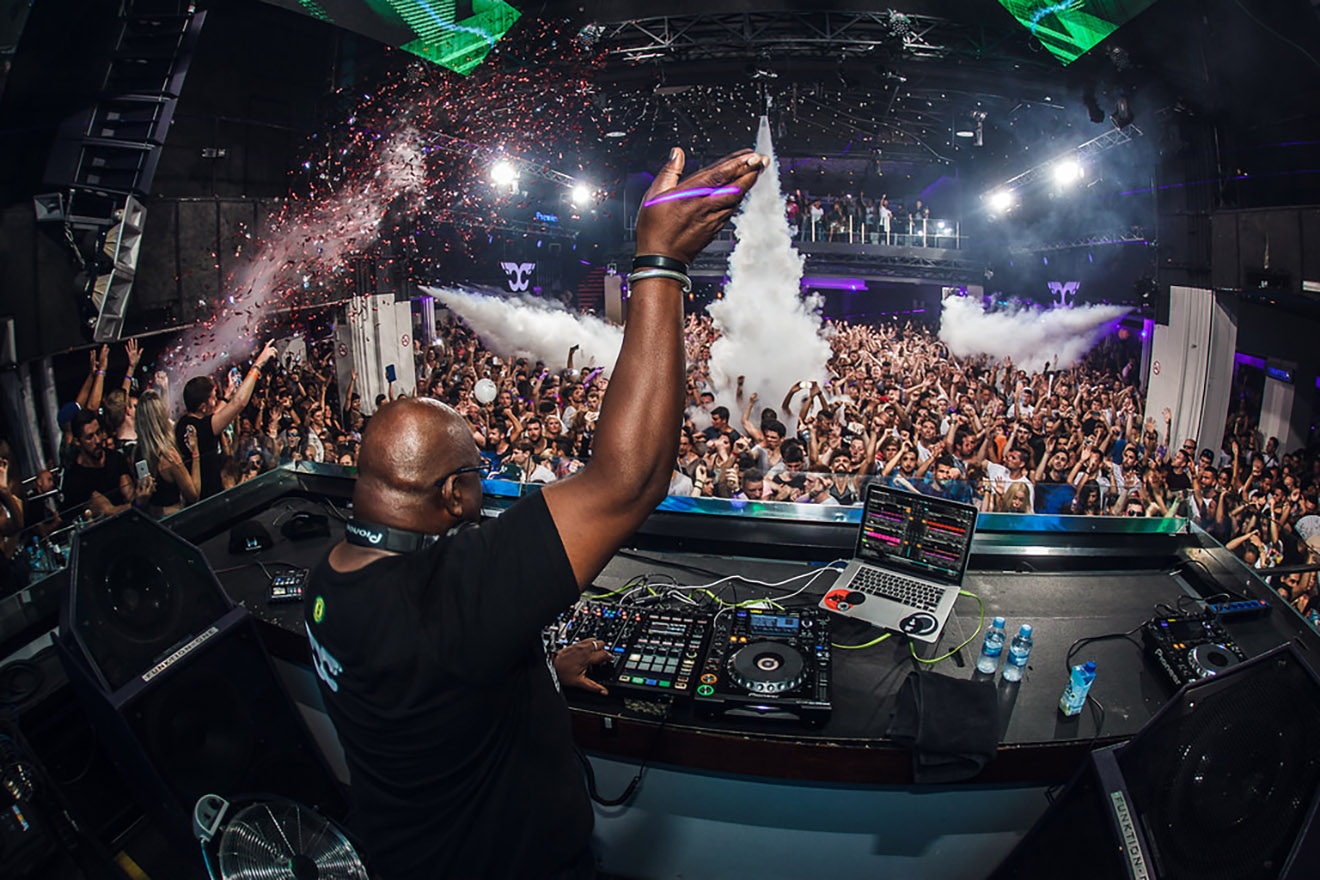 One way Cox is hoping to turn the tide is through the launch of his new live-oriented label Awesome Soundwave, which will showcase full-length releases from music makers who create music in a live setting.

“I feel as if there’s a massive hole in the market based on that a lot of labels, a lot of artists, don’t want to do that because the attention that you get is very minimal. So my idea is almost like going back to create new artists, but from an album point of view,” says Cox. “Don’t make one record and be judged on one tune, make a plethora of music which you can actually go out and actually make live, you set it up, you set up your backdrop, you set up your music, your sound, you set up who you are, and then your music gets released on that basis.”

“The idea of it is it’s not like a quick, get shot to the front of the queue in the sense of ‘now he or she’s going to get all these festivals and parties and remixes’ and all of that. The idea of it is that you’ve already made 500 records or 400 records. I’ve got guys that have made this amount of music and not been able to put that music out on a single-by-single basis, it’ll never happen. So I’ve gotta sift through what I think is the ideal listening, the sound of who you are, and then basically put that to the forefront based on your idea of performing it eventually.

“You have to nurture the music coming forward into the future in some way, because every single artist at the moment is only being judged on their last track, and that’s it. Bang, the record goes out, bang, a week old, done, next. So it’s almost become throwaway and it’s such a shame because there’s so much great music that could be nurtured and end up being the next future classic, but we’ll never find it all the time we’re just putting out singles.”