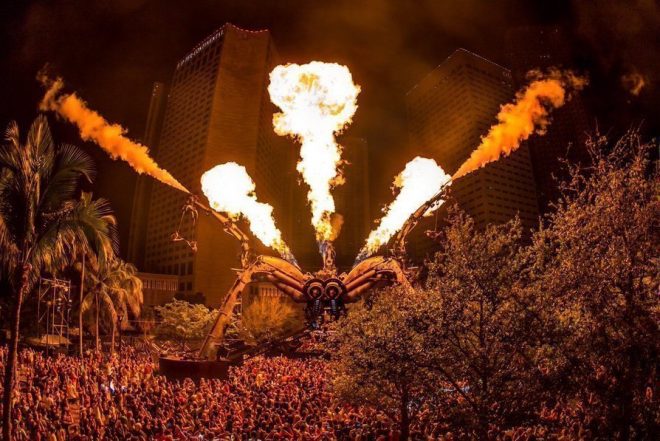 After curating a total of 33 events cross five continents in 2017, Ultra's acclaimed Resistance team has revealed its lineup for Ultra Miami 2018 featuring the likes of Carl Cox, Adam Beyer and Jamie Jones.

The infamous Arcadia Spider stage, that slightly resembles the Stranger Things monster, is back again for another year and will host acts for the full three-day event, while the Carl Cox Megastructure will only run for the first two days of the festival.

Carl Cox is confirmed to be headlining both days at his Megastructure alongside Adam Beyer, Jamie Jones and a special three-way back to back performance from Dubfire, Nicole Moudaber and Paco Osuna.

The Arcadia Spider hosts the return of the J.E.S.u.S super-group comprised of Jackmaster, Eats Everything, Seth Troxler and Skream, as well as the Better Lost Than Stupid trio of Davide Squillace, Mattias Tanzmann and Martin Buttrich. 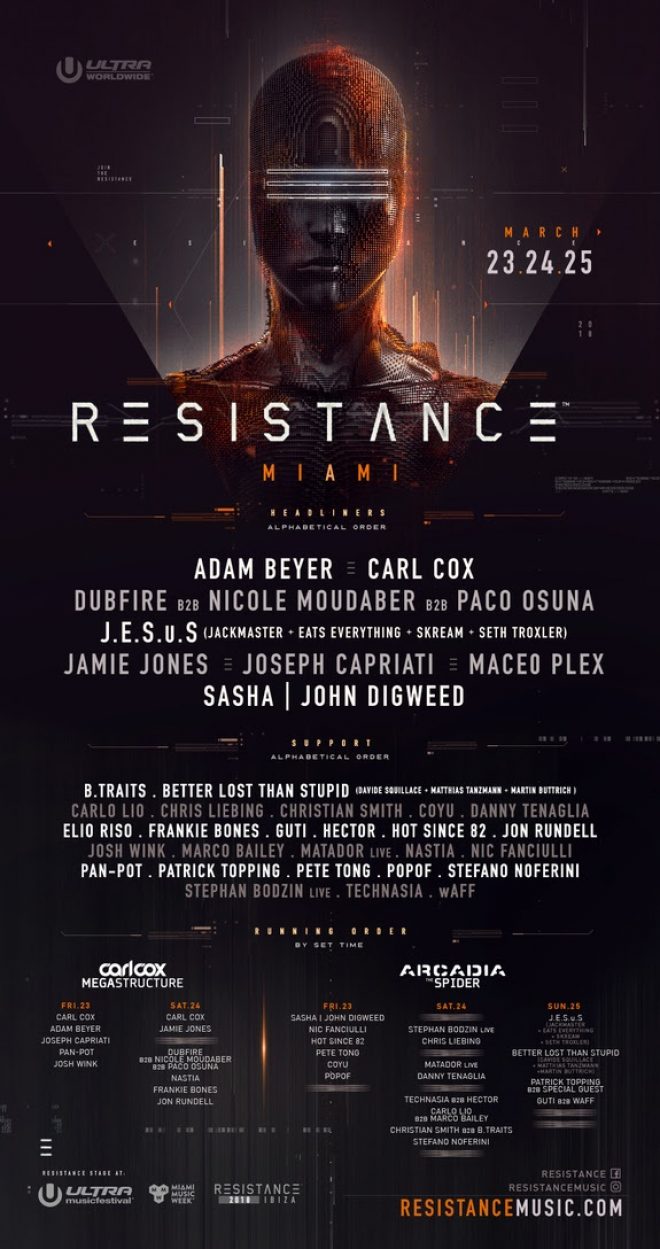