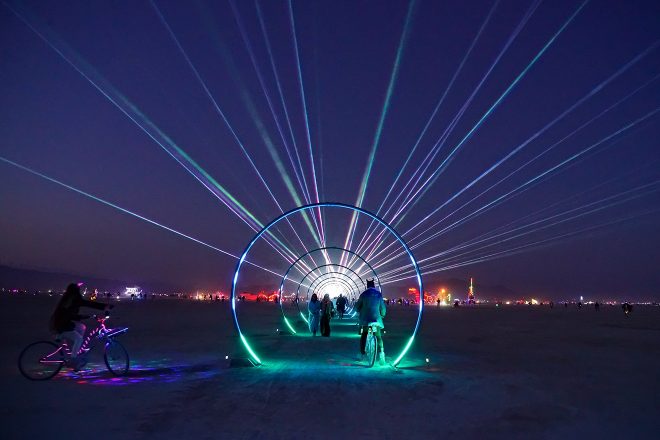 With Burning Man 2019 just two months away, festival officials are opposing some of the new government regulations placed upon the event.

These would require all attendees and workers at the festival to be screened upon entrance for “weapons and drugs” by personnel approved by the local government.

This comes after Burning Man applied to the U.S. Bureau of Land Management to increase the capacity to 100,000 people from 80,000, which was rejected. Burning Man are not contesting the cap on attendees, which will mean that they can remain at their constructed home of Black Rock City in Nevada’s Black Rock Desert. The desert is part of the National Conservation Area and so is protected land.

Burning Man are, however, going to fight the new screening regulations. Speaking in a statement, Burning Man’s organisers commented, “We’ve submitted our serious concerns to the BLM about the significant constitutional civil rights, environmental, cultural and operational impacts of this proposal.” This is because it subjects “a peaceable gathering of people to searches without probable cause other than a desire to attend Burning Man.”

Although Burning Man has the appearance of a society without rules or governing bodies, the festival specifies on its website that event officials work all year round to liaise with the various branches of federal and local government charged with the protection of federal land.

The Reno Gazette Journal asked legal experts whether these new regulations were entirely legal. They concluded that the difference in wording between ‘screening’ and ‘searching’ festival attendees is merely technical, but one that might protect the BLM from justifying searches without a warrant with the rationale of ‘national security’, which wouldn’t apply to a festival event even though it is held on federal property.

Burning Man 2019 will still go ahead, and these screening regulations will most likely not be implemented for this year’s festival.