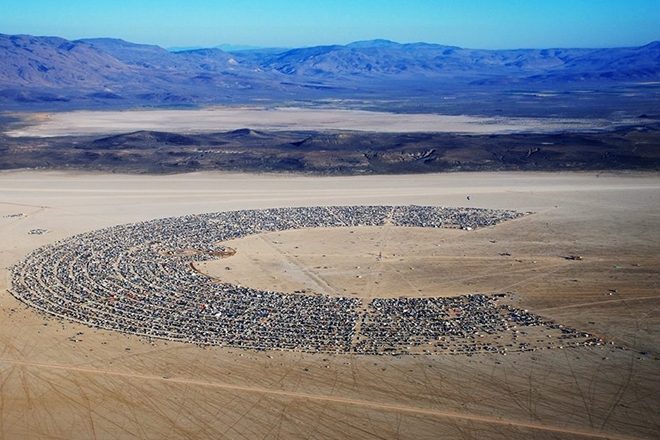 Burning Man continues its tussle with The Bureau of Land Management (BLM) after the federal agency denied the festival's request to grow their attendance to 100,000 people.

The event has been waiting on the BLM's approval of their new 10-year permit, which would go into effect this year. The agency's Environmental Impact Statement with its recommendations arrived last Friday, and Burners are up in arms about the proposed requirements.

Currently capped at 80,000 people, the bid to allow an extra 20,000 people into Black Rock City was shot down because of the additional law enforcement that would be needed to help with the event. "The city of Reno, Nevada Department of Transportation, Nevada Highway Patrol as well as the Bureau of Land Management could not support the growth particularly because there are other events going on during Labor Day," said BLM spokesman Rudy Evenson. "One-third of BLM law enforcement officers nationwide are required to patrol the event at the current size, but one half would be required if it grew to 100,000."

Despite this, the BLM said they would consider permitting Burning Man to grow to its desired size if the event could "find ways to alleviate the congestion on area roads" and "address a number of environmental and security concerns."

The BLM handed over a 372-page proposal that reviews the potential "environmental, social, and economic consequences" of the world-famous festival back in April. One of the main proposals was the construction of a 10-mile long concrete trash fence that would surround the entire festival - a suggestion that was met with harsh backlash. While the agency seems to have backed down on the demand to construct a wall around Burning Man, they appear to be sticking to their guns in regards to the implementation of drug searches at the entrance to Black Rock City.

While the BLM plans on hiring a private security firm to "screen" attendees for drugs and weapons prior to entering the event, a final decision regarding whether or not drug screenings will occur at this year's event has not been made and they may wait until 2020 to introduce the new security measures.

Many Burners have argued that these drugs searches are "unconstitutional" and many are additionally concerned that the screenings would result in additional hours of backed up traffic leading into the event. Ahead of the 10-year permit's approval, we enter a 30-day “reading period" wherein the public can submit feedback.

Burning man unveils shrine-inspired temple design for 2019
The Burning Man dictionary: Playa vernacular that we need to know
Our favorite photos from the history of Burning Man